Home » Blog Index » Blogs, Featured » What else would you do what while mom is getting proposed to?! 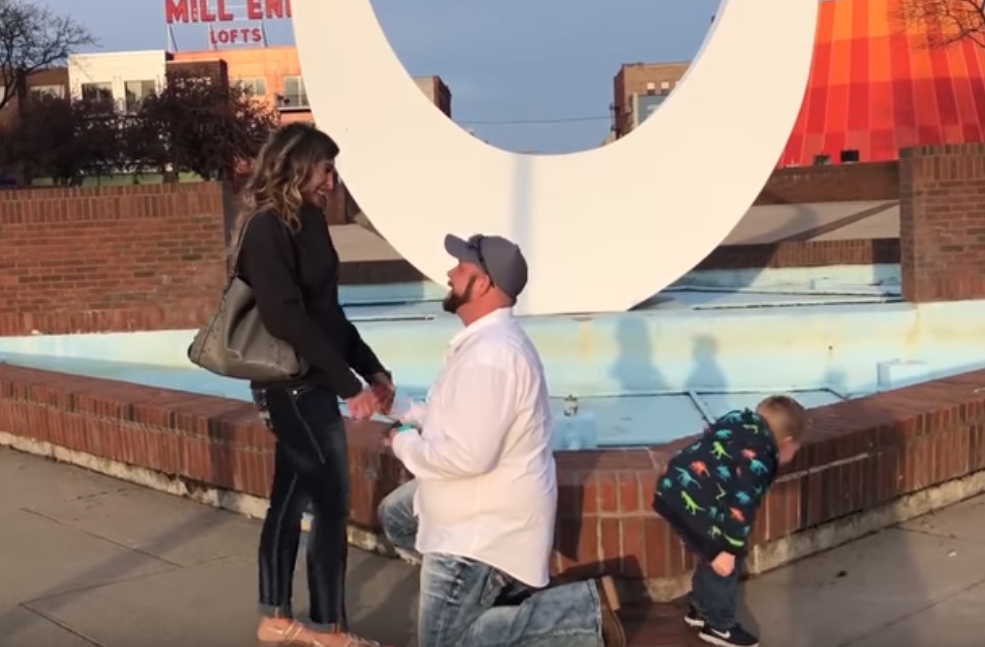 Kevin Przytula, of Bay City, Michigan, took his girlfriend and her son to a sculpture park on Saturday where he dropped down on one knee to propose. Allyssa Anter accepted as her 3 year-old son Owen dropped his pants and went to the bathroom on a sculpture. The entire scene was caught on video. Allyssa says she is still potty training Owen