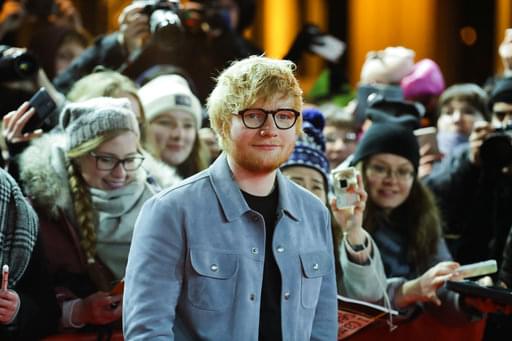 Ed Sheeran and his wife, Cherry Seaborn, announced the birth of their first child, Lyra Antarctica Seaborn Sheeran!  Not surprised that both of their names are used; Ed always talked about he and Cherry being equals.  He even wore an engagement ring before they were married because he felt that both of them should have one.

Ello! A quick message from me as I have some personal news that I wanted to share with you… Last week, with the help of an amazing delivery team, Cherry gave birth to our beautiful and healthy daughter – Lyra Antarctica Seaborn Sheeran. We are completely in love with her. Both mum and baby are doing amazing and we are on cloud nine over here. We hope that you can respect our privacy at this time. Lots of love and I’ll see you when it’s time to come back, Ed x

It’s the first time he’s posted on social media since December, when he announced he would be taking a break from the spotlight until he had “more to actually have something to write about.”