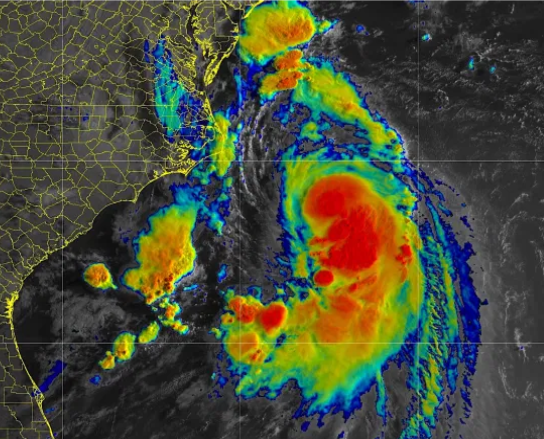 Henri has been downgraded to a tropical storm and, according to the latest track, will likely make landfall in Rhode Island late Sunday morning and then track into southern New England later today into Monday as it weakens.

Severe beach erosion is possible for coastal areas of Long Island Sound and portions of Suffolk County, including the Twin Forks region.

A widespread swath of rain between 2-5 inches is forecast in the path of Henri with localized higher amounts possible through Sunday night. The highest amounts are forecast to be across Long Island and much of southern Connecticut and will occur along and west of the center of Henri. This will present a likelihood for areas of flash flooding.

COASTAL STORM SURGE: 2 TO 4 FEET POSSIBLE WITH MODERATE TO SIGNIFICANT FLOODING AT TIMES OF HIGH TIDE

CONDITIONS SHOULD BEGIN TO IMPROVE IN MOST AREAS TONIGHT BUT WINDS WILL STILL BE FAIRLY GUSTY WITH OCCASIONAL SHOWERS.

EXPECT PARTLY TO MOSTLY CLOUDY SKIES MONDAY WITH SCATTERED SHOWERS AND THUNDERSTORMS DEVELOPING AS THE REMNANTS OF HENRI SPIN TO OUR NORTH.