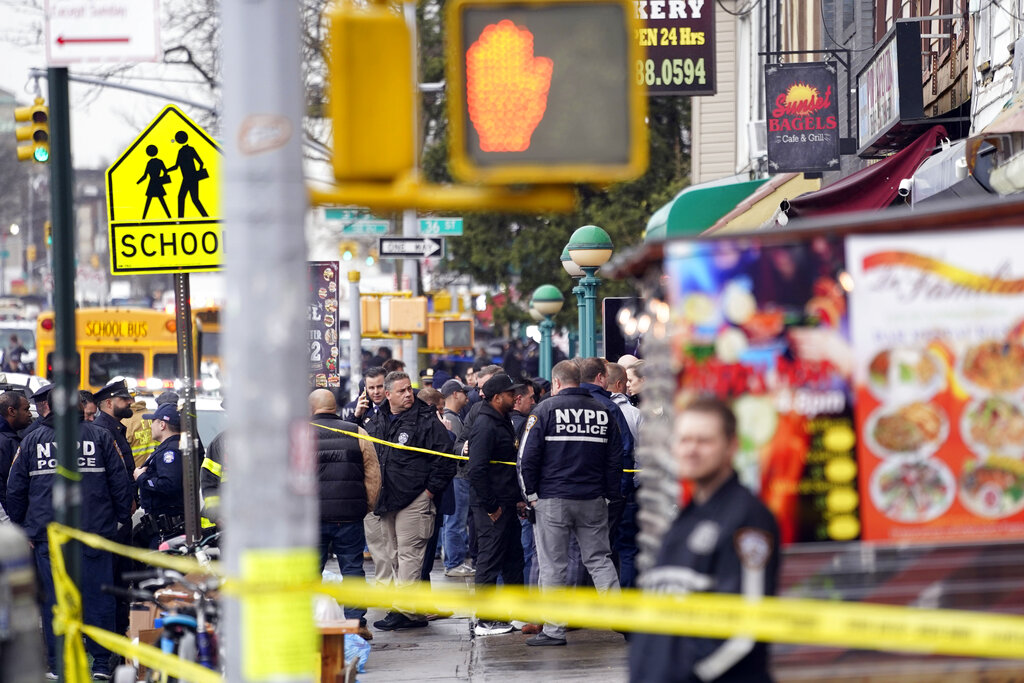 Brooklyn, NY- Ten people were shot Tuesday morning at the 36th Street Subway Station in Brooklyn, according to the FDNY.

There had been unconfirmed reports of several undetonated devices found in the subways, the NYPD tweeted that there are “no active explosive devices at this time”. Police are advising people to stay away from the area of 36th Street and Fourth Avenue in Brooklyn. The suspect has been described as a man, 5 foot 5 inches tall, about 175 pounds wearing a vest and a gas mask. The MTA says D/N/R subway service is suspended in Brooklyn and to use the the F/G or Q trains instead.

Governor Kathy Hochul, tweeted that she “has been briefed on the developing situation in Brooklyn”.

Anyone who witnessed the shootings or anyone with additional information about the incident is asked to call 1-800-577-TIPS or tweet @NYPDTIPS.

The suspect has not been captured at this time.

“In the wake of this morning’s Brooklyn subway shooting and possible undetonated devices found at that location, the Nassau County Police Department is increasing patrols around all critical infrastructure with an emphasis on mass transit. Commissioner Patrick Ryder has been in conversations with the NYPD and has briefed Nassau County Executive Bruce Blakeman.

Although there are no known threats to Nassau County, County Executive Blakeman and Commissioner Ryder ask our residents to report anything suspicious to 911 immediately.