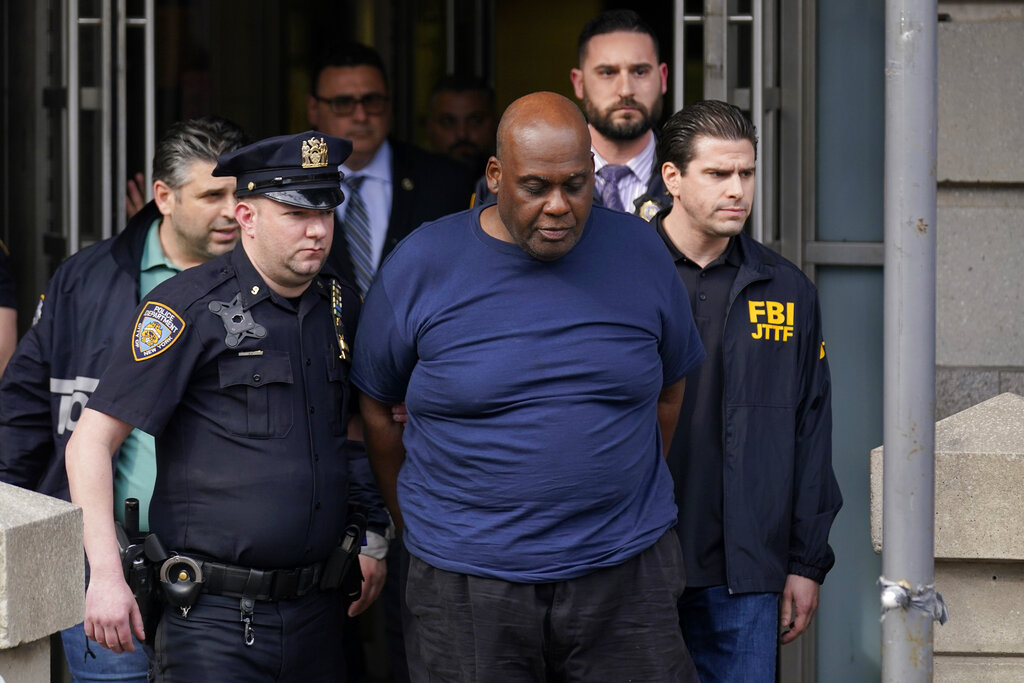 NEW YORK (AP) — The man accused of shooting 10 people on a Brooklyn subway train has been arrested and charged with a federal terrorism offense. Brooklyn U.S. Attorney Breon Peace said the motive remains unclear, and there is no indication the suspect has ties to terror organizations. The 62-year-old Frank R. James was taken into custody Wednesday, about 30 hours after the violence. A message seeking comment was sent to a lawyer representing him. Two law enforcement officials say the suspect called police to say he could be found at a McDonald’s in Manhattan’s East Village neighborhood. The two officials weren’t authorized to discuss the ongoing investigation and spoke on condition of anonymity.

Photo: New York City Police, left, and law enforcement officials lead subway shooting suspect Frank R. James, 62, center, away from a police station, in New York, Wednesday, April 13, 2022. The man accused of shooting multiple people on a Brooklyn subway train was arrested Wednesday and charged with a federal terrorism offense after a daylong manhunt and a tipster’s call brought police to him on a Manhattan street. (AP Photo/Seth Wenig)