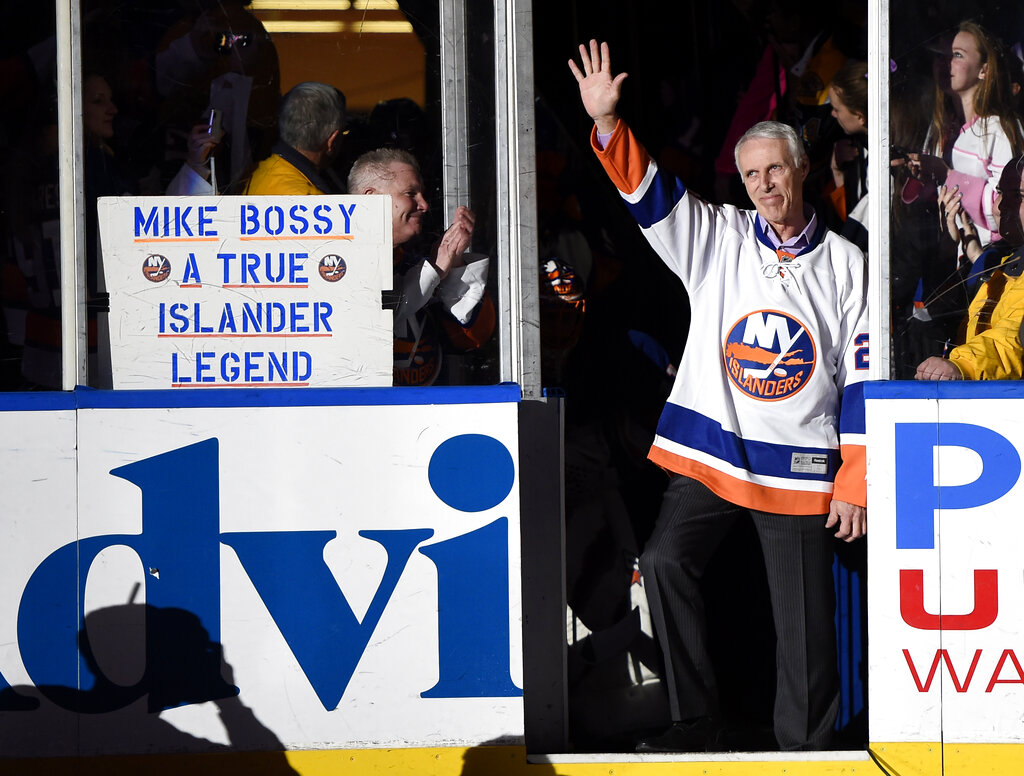 East Farmingdale, NY- Islander legend and Hockey Hall of Famer, Mike Bossy has died at age 65. The team made the announcement on Friday morning. Bossy had been battling lung cancer.

FILE – Hockey Hall of Famer and former New York Islander Mike Bossy waves to fans as he is introduced before the NHL hockey game between the Islanders and the Boston Bruins at Nassau Coliseum on Thursday, Jan. 29, 2015, in Uniondale, N.Y. Bossy dropped a ceremonial first puck. Bossy, one of hockey’s most prolific goal-scorers and a star for the New York Islanders during their 1980s dynasty, died Friday, April 15, 2022, after a battle with lung cancer. He was 65. (AP Photo/Kathy Kmonicek, File)