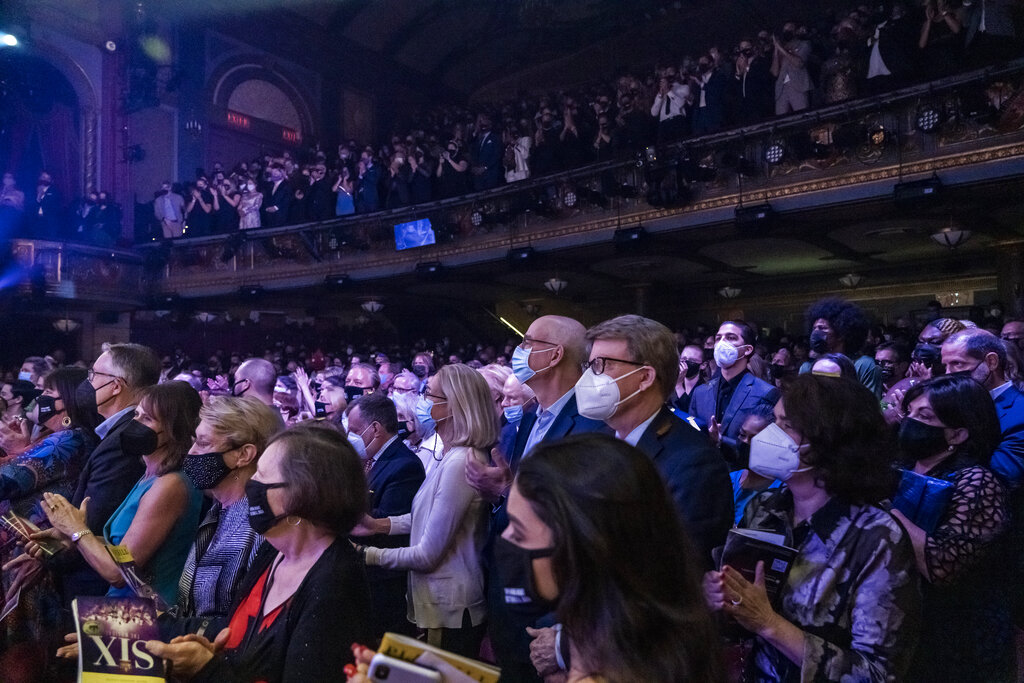 NEW YORK (AP) — Broadway theatergoers will have to keep their masks up through at least May 31, the Broadway League said Friday. The announcement comes as the United States deals with a COVID-19 surge, with cases rising nationally and in most states after a two-month decline. One policy change is that Broadway theaters will soon leave vaccination checks up to theater owners. The Shubert Organization, which owns 17 theaters, said it will not require proof of vaccination from patrons starting May 1. The Broadway League will announce future masking protocols in May. Broadway’s mask and vaccination policy has been in place since July 30, 2021.

Photo: The audience wears masks during the Broadway opening night of “Six” at the Brooks Atkinson Theatre on Sunday, Oct. 3, 2021, in New York. (Photo by Charles Sykes/Invision/AP)