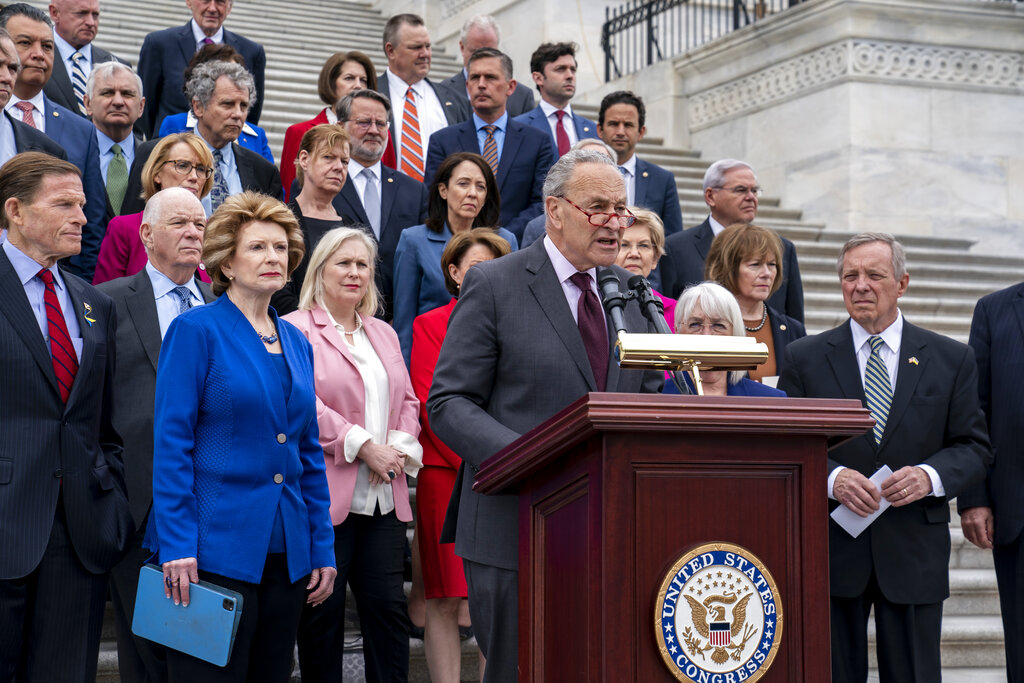 East Farmingdale, NY- This week the Senate will vote on legislation that, if passed, would solidify abortion rights into federal law. The Senate vote is scheduled for Wednesday and expected to fail, however Majority Leader Chuck Schumer said he’s holding the vote because he wants “members of both parties to go on record about where they stand” with regard to abortion rights.

By Brett Levine with the Associated Press

Photo: Senate Majority Leader Chuck Schumer, D-N.Y., with Sen. Dick Durbin, D-Ill., chairman of the Senate Judiciary Committee, far right, and other Democrats, expresses outrage at a news report by Politico that a Supreme Court draft opinion suggests the justices could be poised to overturn the landmark 1973 Roe v. Wade case that legalized abortion nationwide, at the Capitol in Washington, Tuesday, May 3, 2022. (AP Photo/J. Scott Applewhite)