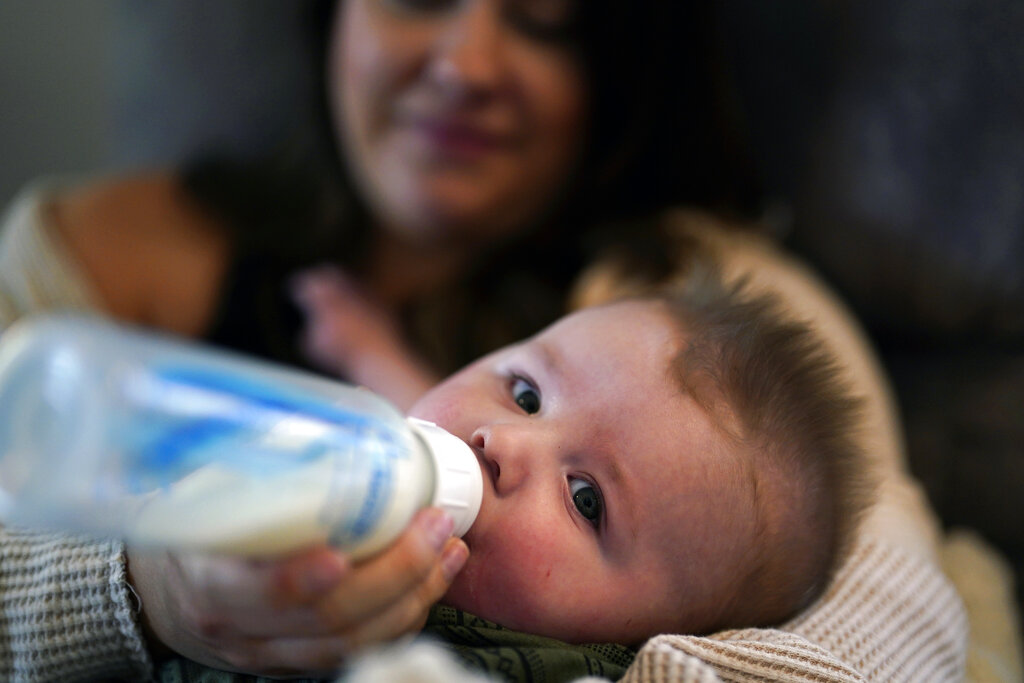 (AP) — President Joe Biden stepped up his administration’s response to a nationwide baby formula shortage that has forced frenzied parents into online groups to swap and sell to each other to keep their babies fed. The White House says Biden has discussed with executives from Gerber and Reckitt how they could increase production — and how his administration could help. It also reports that the president talked with leaders from Walmart and Target about how to restock shelves and address regional disparities in access to formula. The shortage is weighing particularly on lower-income families after a recall by formula maker Abbott, caused by contamination issues.

Photo: Ashley Maddox feeds her 5-month-old son, Cole, with formula she bought through a Facebook group of mothers in need Thursday, May 12, 2022, in Imperial Beach, Calif. “I connected with a gal in my group and she had seven cans of the formula I need that were just sitting in her house that her baby didn’t need anymore,” she said. “So I drove out, it was about a 20-minute drive and picked it up and paid her. It was a miracle.” (AP Photo/Gregory Bull)