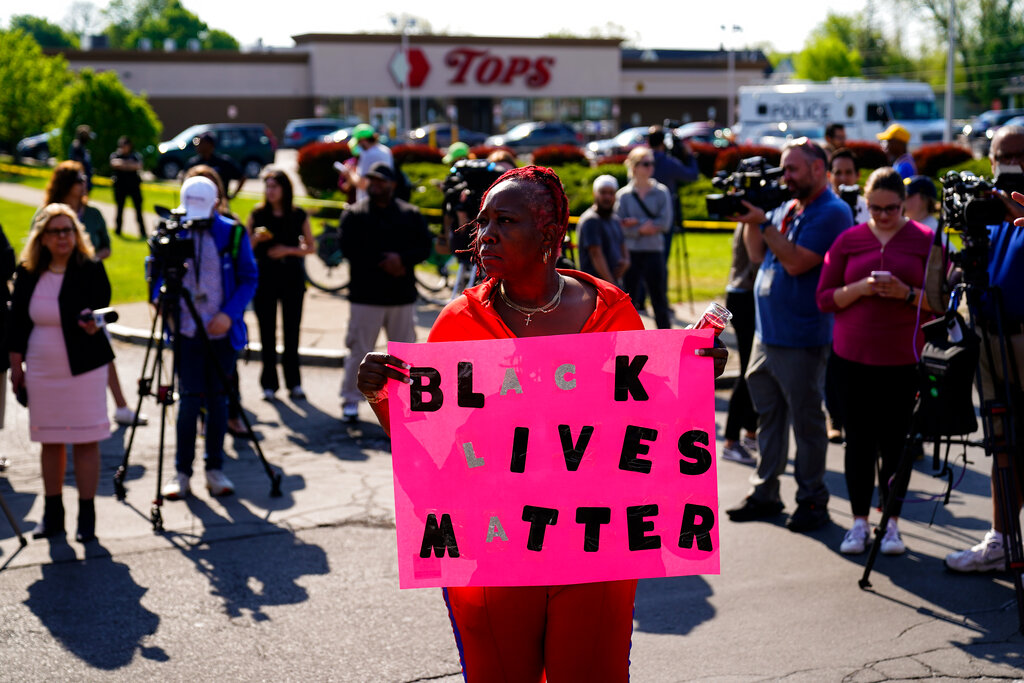 (AP)- The shooting at a supermarket in Buffalo, New York, is the latest example of something that’s been part of U.S. history since the beginning: targeted racial violence. Authorities say the suspected gunman, who is white, specifically targeted a predominantly Black neighborhood. They say he shot 11 Black people and two white people at the store. Ten people died. For many Black Americans, the Buffalo shooting has stirred up the same feelings they faced after the 2015 Charleston, South Carolina, church shooting and other attacks.

Photo: Sharon Doyle gathers with others outside the scene of a shooting at a supermarket, in Buffalo, N.Y., Sunday, May 15, 2022. (AP Photo/Matt Rourke)