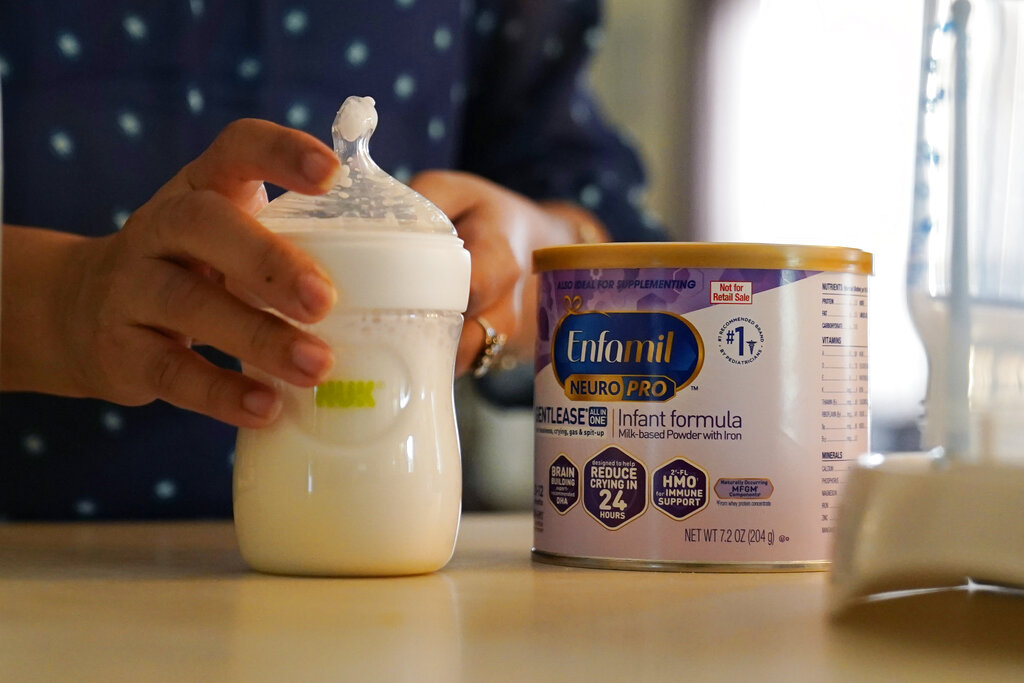 WASHINGTON (AP) — The White House is taking steps to ease a nationwide shortage of baby formula. Among the measures announced by the Biden administration include reopening the largest domestic manufacturer of baby formula and increasing the level of imported formula. The Abbott Nutrition plant has been closed since February because of contamination issues. Before it can resume producing formula, Abbott must overhaul its safety protocols and procedures.

Photo: Olivia Godden prepares a bottle of baby formula for her infant son, Jaiden, Friday, May 13, 2022, at her home in San Antonio. Godden, who feeds her son 2 ounces of formula every two hours, has reached out to family and friends as well as other moms through social media in efforts to locate needed baby formula which is in short supply. (AP Photo/Eric Gay)