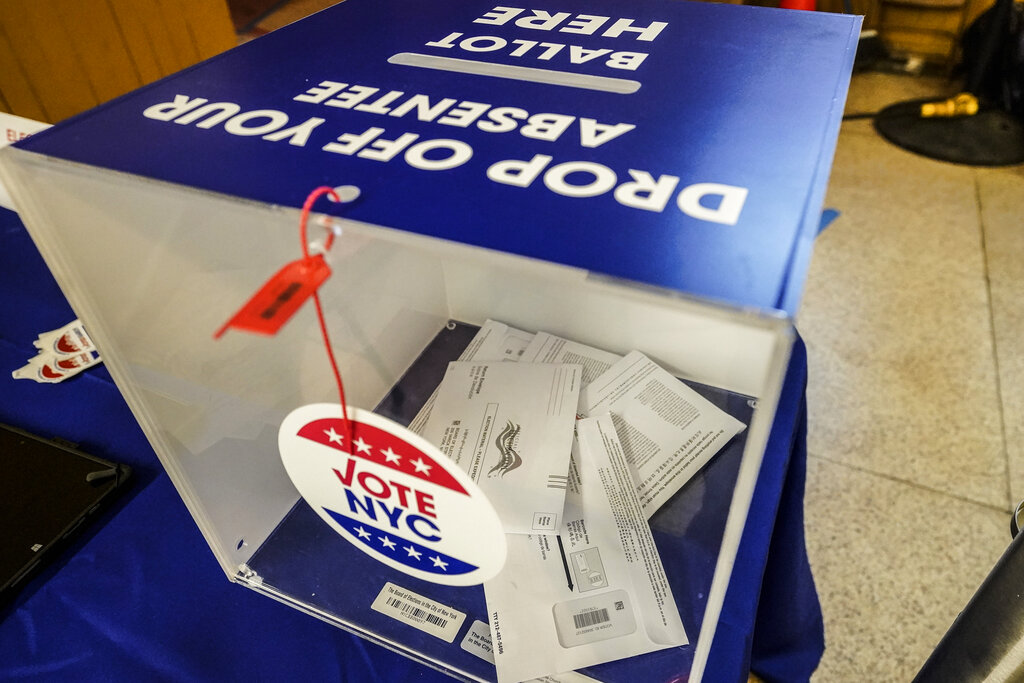 ALBANY, N.Y. (AP) — Democrats in New York will face new challenges from Republicans and be drawn into interparty battles under new redistricting maps released late Friday. A rural judge approved the maps that will set political district boundaries in New York over the next decade and give Democrats less of an edge in their quest for control of the U.S. House than they originally hoped. But they set up battles between Democrats like U.S. Reps. Jerry Nadler and Carolyn Maloney, and an open battle for the 10th Congressional District. The maps produced by an outside expert are more favorable to Republicans and more competitive than the previous maps drawn by the Democratically-controlled state Legislature.

Photo: FILE – Absentee ballots are seen in a sealed ballot box during early voting in the primary election, Monday, June 14, 2021, at the Church of St. Anthony of Padua in New York. (AP Photo/Mary Altaffer, File)