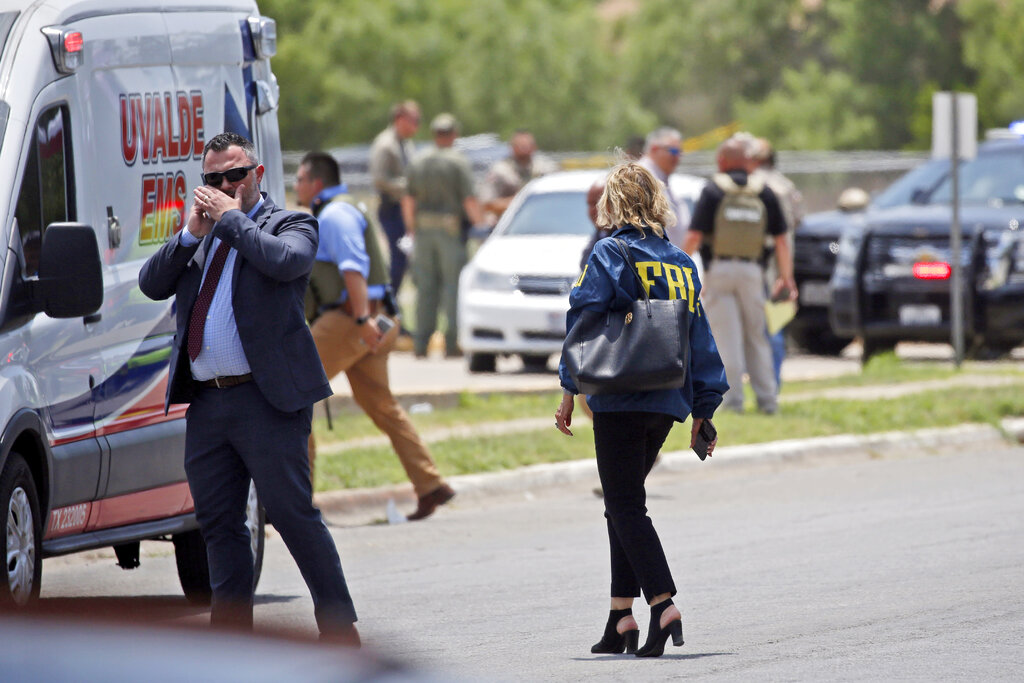 UVALDE, Texas (AP) — An 18-year-old gunman opened fire at a Texas elementary school, killing at least 19 children as he went from classroom to classroom. It was the nation’s deadliest school shooting in nearly a decade. The assailant also killed two adults before he was killed by law enforcement. The shooting happened at Robb Elementary School in Uvalde. Uvalde is a heavily Latino community about 85 miles west of San Antonio. It was the worst school shooting in the U.S. since a gunman killed 20 children and six adults at Sandy Hook Elementary in Newtown, Connecticut, in late 2012.