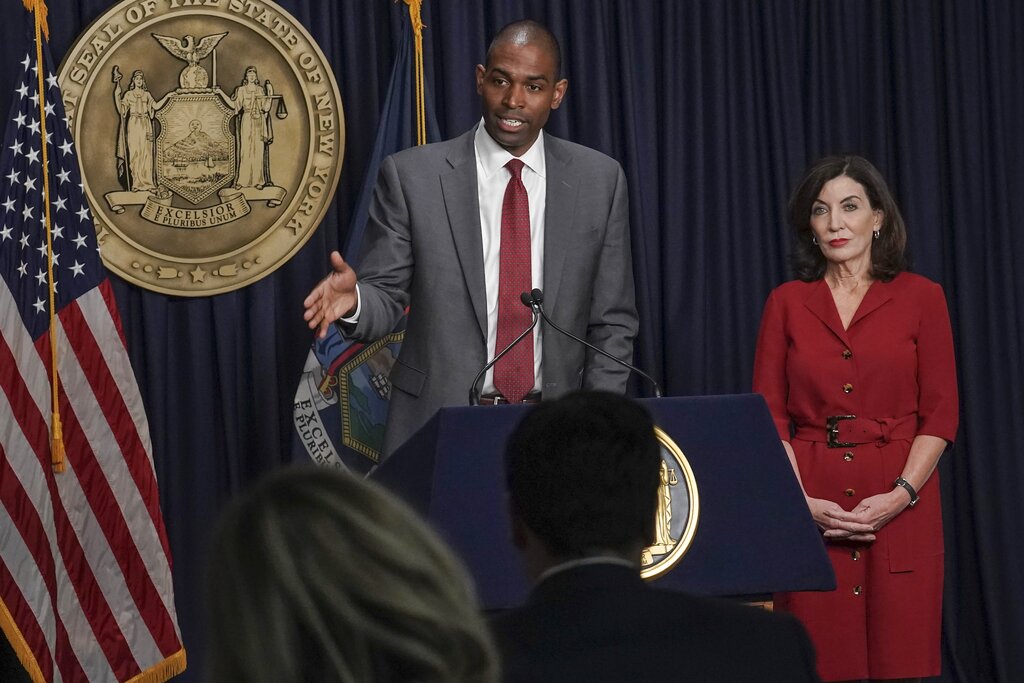 NEW YORK (AP) — Democrat Antonio Delgado has been sworn in as New York’s lieutenant governor, becoming the state’s first person of Latino heritage to serve in statewide office. Delgado, who identifies as Afro-Latino, is taking on the largely ceremonial role in the administration of Gov. Kathy Hochul, who selected him for the job. It was previously held by Brian Benjamin, who resigned following his arrest in April for federal corruption charges, which he has denied. Delgado will also be Hochul’s running mate in this year’s gubernatorial election. The congressman represented the Hudson Valley and the Catskills and was the first person of color representing upstate New York in Congress.