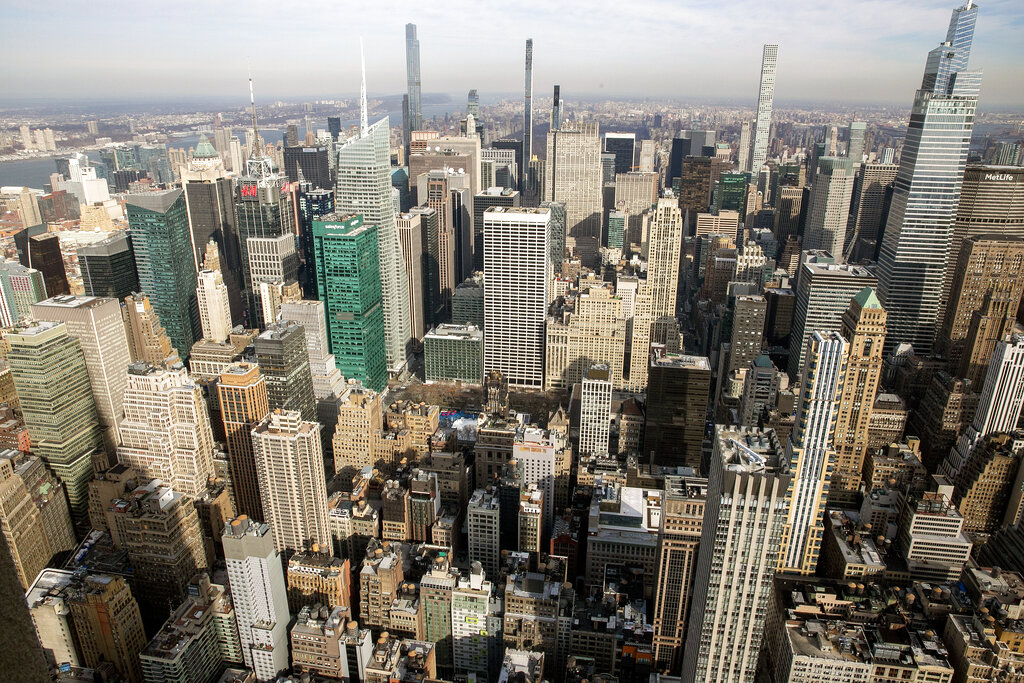 (AP)- Eight of the 10 largest cities in the U.S. lost population during the first year of the pandemic. New estimates released Thursday by the U.S. Census Bureau show only Phoenix and San Antonio gained new residents from 2020 to 2021. New York led the way, losing more than 305,000 residents, or about 3.5% of its 2020 population. Among the nation’s 10 largest cities, it was followed by Chicago and Los Angeles. Smaller big cities primarily in the Sunbelt gained news residents. Those cities include Austin and Fort Worth in Texas; Jacksonville, Florida; Charlotte, North Carolina; and Columbus, Ohio.

Photo: FILE – The Manhattan skyline is seen from the observatory of the Empire State Building in New York City on Wednesday, Jan. 12, 2022. (AP Photo/Ted Shaffrey, File)