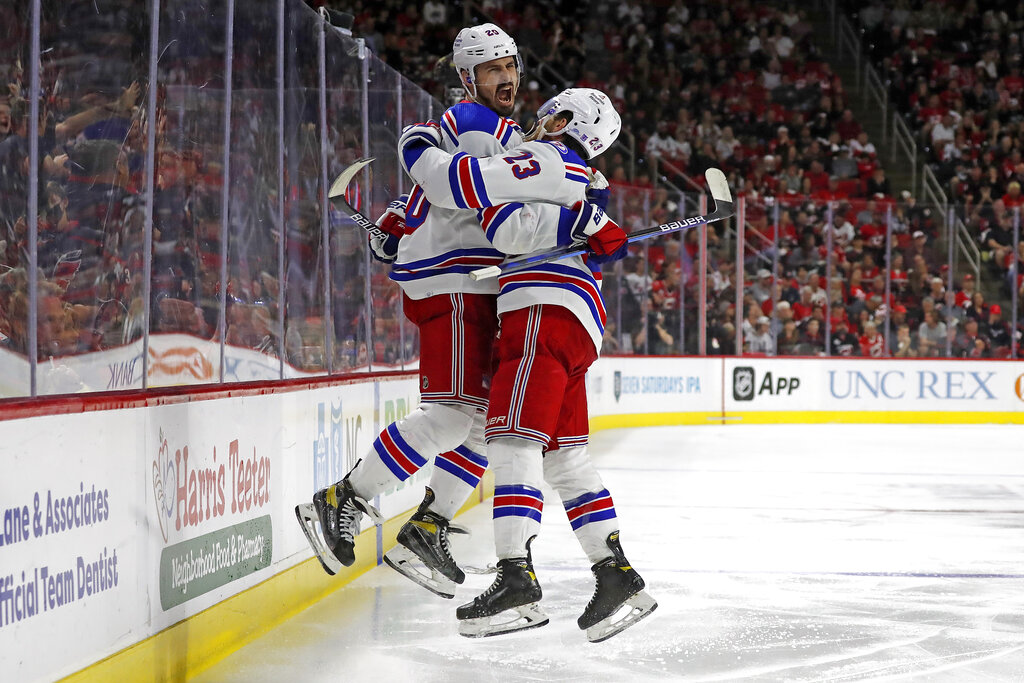 The Rangers are in the Eastern Conference finals after taking Game 7 of their second-round series with the Hurricanes, 6-2.

Chris Kreider scored twice and Igor Shesterkin (shehs-TUR’-kihn) stopped 36 shots to help the Rangers become the only road team to win a game in the series. Kreider and Adam Fox provided power-play goals to put the Blueshirts ahead, 2-0 eight minutes into the game. Ryan Strome (strohm), Filip Chytil (HEE’-tul) and Andrew Copp also tallied for the Rangers, who will face the Lightning in the next round. Mika Zibanejad (MEE’-kah zih-BAN’-eh-jad) set up three goals.

Tony DeAngelo and Max Domi (DOH’-mee) had third-period goals for the Hurricanes, who finished the game without goaltender Antti Raanta (AN’-tee RAHN’-tah) and forward Seth Jarvis because of injuries.

The Rangers host the Lightning in Game 1 of the conference finals on Wednesday.