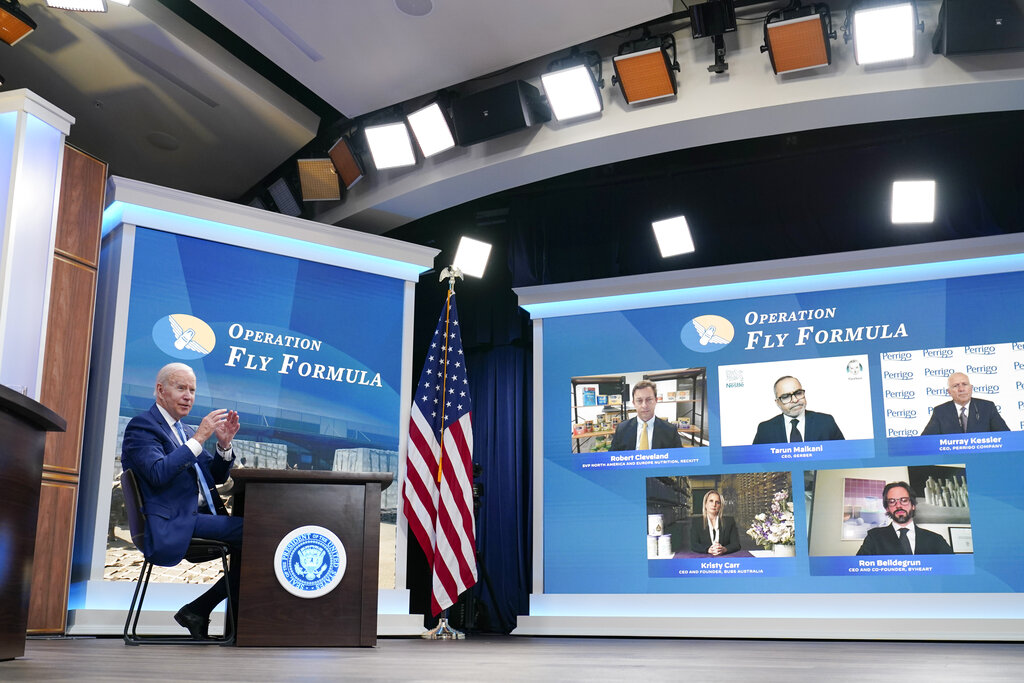 WASHINGTON (AP) — President Joe Biden says he wasn’t briefed on the prospect of nationwide shortages of infant formula for about two months. And he’s acknowledging the strain on families while his administration struggles to address the situation. Yet company executives at a meeting Biden hosted from the White House on Wednesday told the president they knew the substantial impact that the shutdown of a major production plant in February would have on the U.S. supply almost immediately. Biden’s administration has imported foreign supplies and used a federal law to speed domestic production. But those steps didn’t begin until mid-May, once retailers began rationing supplies and store shelves were emptying.