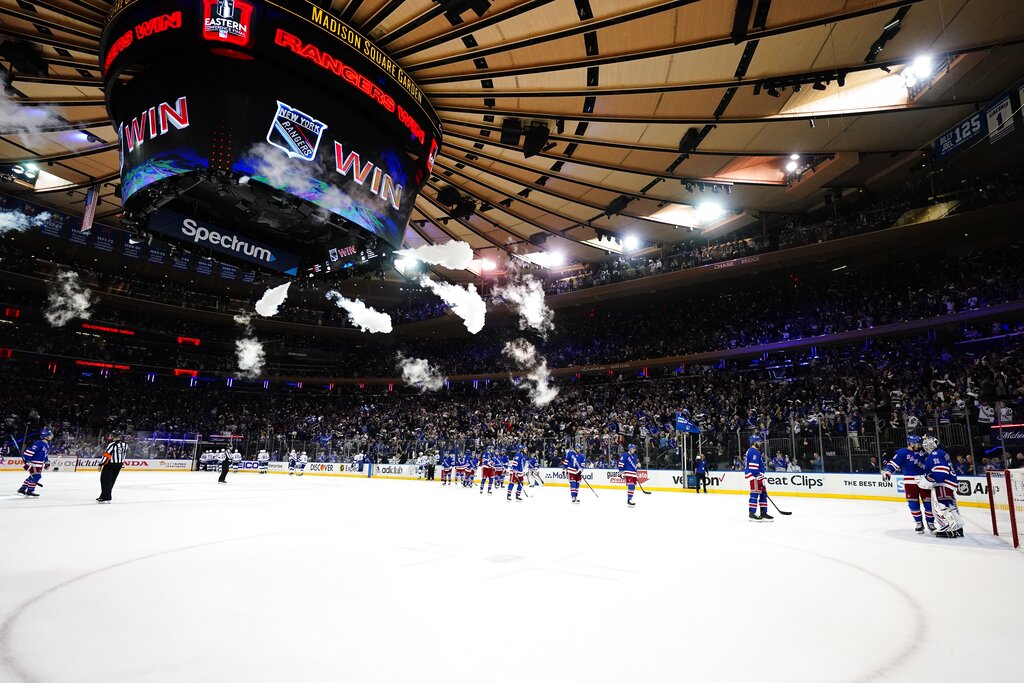 Steven Stamkos had a goal and an assist, and Ondrej Palat (AHN’-dray pah-LAHT’) also scored for Tampa Bay, which had won six straight and was playing for the first time since completing its second-round sweep of Florida on May 23.

Tempers flared with less than two minutes remaining as several skirmishes broke out in one corner. Ten players received penalties — including two on the Rangers’ Barclay Goodrow — to put Tampa Bay on a power play to finish the game.