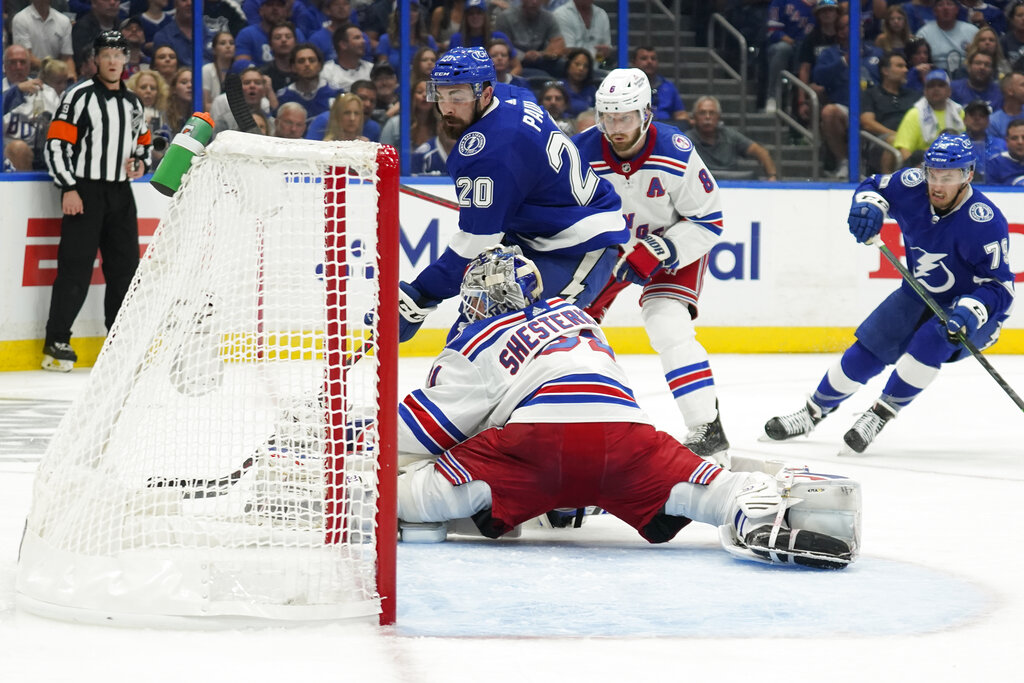 The Lightning are down 2-1 in the Eastern Conference finals after rallying in the third period of a 3-2 win over the Rangers. The game appeared to be heading for overtime until Ondrej Palat scored with just 42 seconds left in the third period. The game-winner came on a pass from Nikita Kucherov (KOO’-cheh-rahv), who had a goal and two assists.

The Rangers took a 2-0 lead on power-play goals by Mika Zibanejad and Chris Kreider 2:07 apart in the second period. Kucherov sparked the Lightning comeback with a power-play goal 66 seconds after Kreider’s tally.

Steven Stamkos tied the game by scoring with the man advantage 1:22 into the final period.

Game 4 is Tuesday in Tampa.