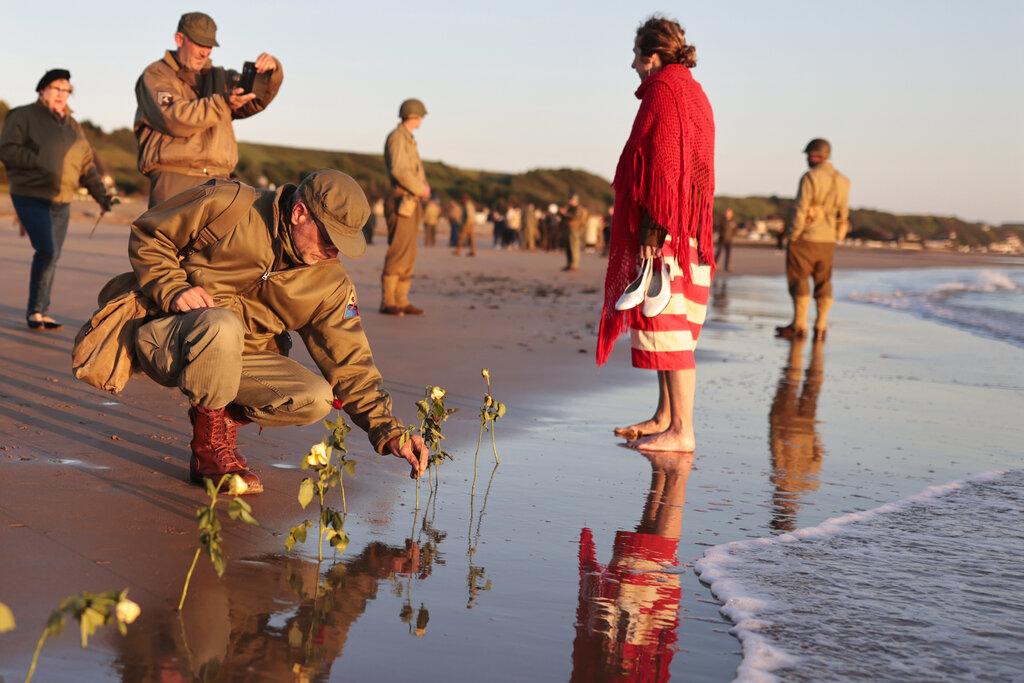 COLLEVILLE-SUR-MER, France (AP) — Several dozen World War II veterans are expected to attend D-Day commemoration ceremonies Monday in France. For two years, D-Day ceremonies were reduced to a minimum amid COVID-19 restrictions. This year, crowds of French and international visitors are back in Normandy for the 78th anniversary. The ceremonies pay tribute to the nearly 160,000 troops from Britain, the U.S., Canada and elsewhere who landed on French beaches on June 6, 1944, to restore freedom to Europe after Nazi occupation. One U.S. vet, 97-year-old Ray Wallace, a former paratrooper with the 82nd Airborne Division thinks he was “lucky” despite being taken prisoner of war for 10 months. He says “I remember the good friends that I lost there” on the beaches of France.