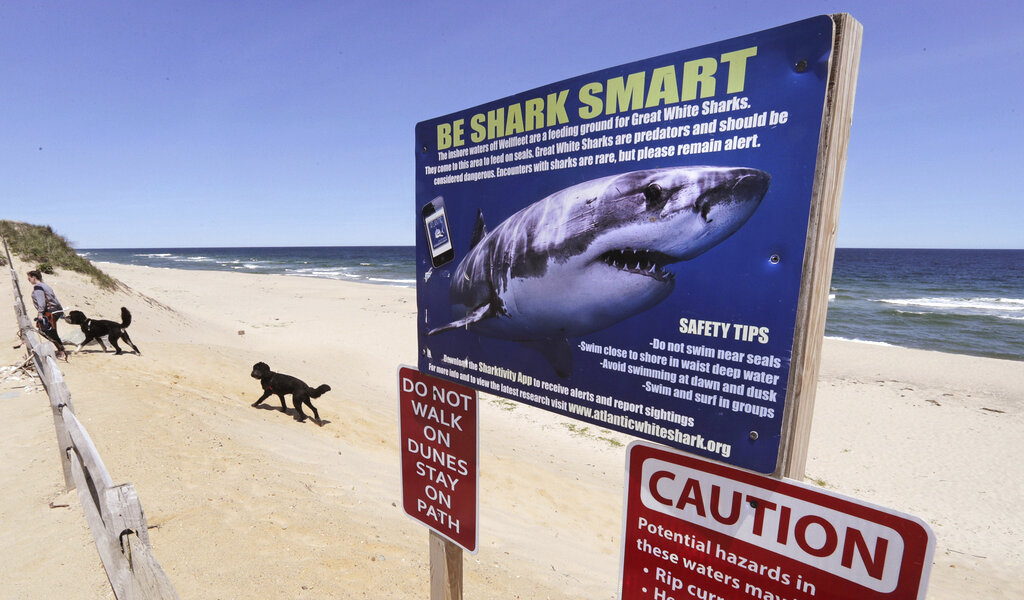 MELVILLE, N.Y. (AP) — A number of factors, including warming ocean temperatures, are contributing to an expected proliferation of sharks along the New York coastline this summer. In response, the state has expanded a drone program designed to keep track of them. Scientists say sharks are swimming north to cooler waters earlier than usual. A resurgence of the bunker fish population is also luring them. Although shark attacks on people are rare, some species such as bull sharks are known to swim in shallow waters. Newsday reports that New York has bought more shark-spotting drones and has trained more people to operate them.

Photo: FILE – A woman walks with her dogs behind a shark warning sign at Newcomb Hollow Beach in Wellfleet, Mass, on May, 22, 2019. (AP Photo/Charles Krupa, File)