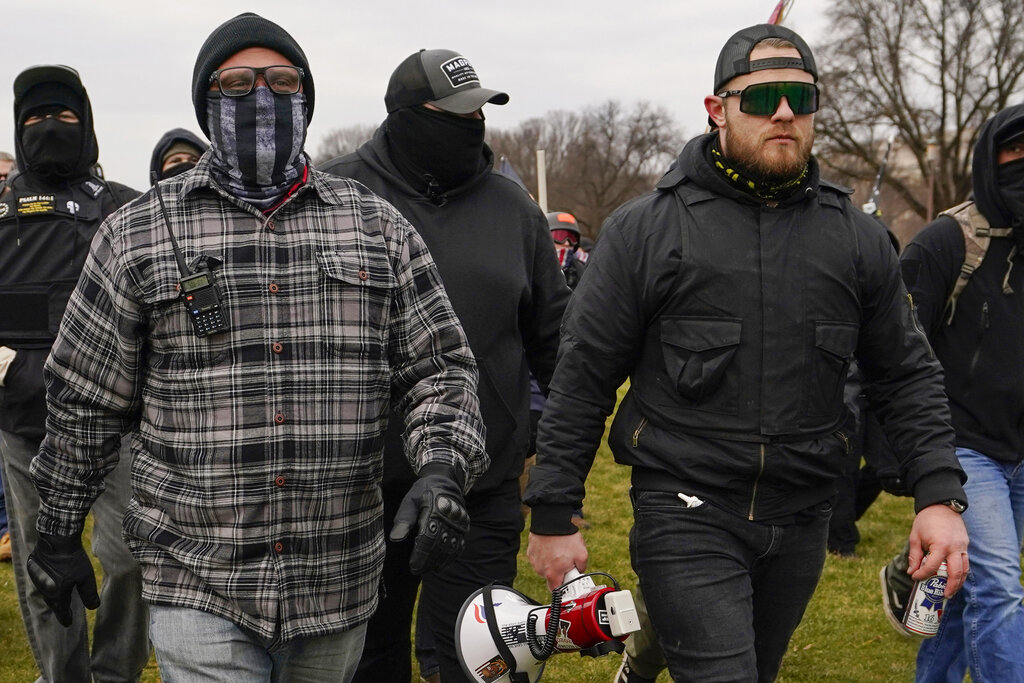 WASHINGTON (AP) — The former top leader of the far-right Proud Boys extremist group and other members have been charged with seditious conspiracy for what federal prosecutors say was a coordinated attack on the U.S. Capitol to stop Congress from certifying President Joe Biden’s 2020 electoral victory. Henry “Enrique” Tarrio, the former Proud Boys chairman, and four others linked to the group are charged in the latest indictment against them. All five were previously charged with different conspiracy counts. They are scheduled to stand trial in August in Washington, D.C.’s federal court. An attorney for Tarrio says his client “is going to have his day in court.”

The Proud Boys also marched in the fall of 2021 in Long Island towns including Rockville Centre, Bay Shore and Patchogue.

By the Associated Press with Brett Levine