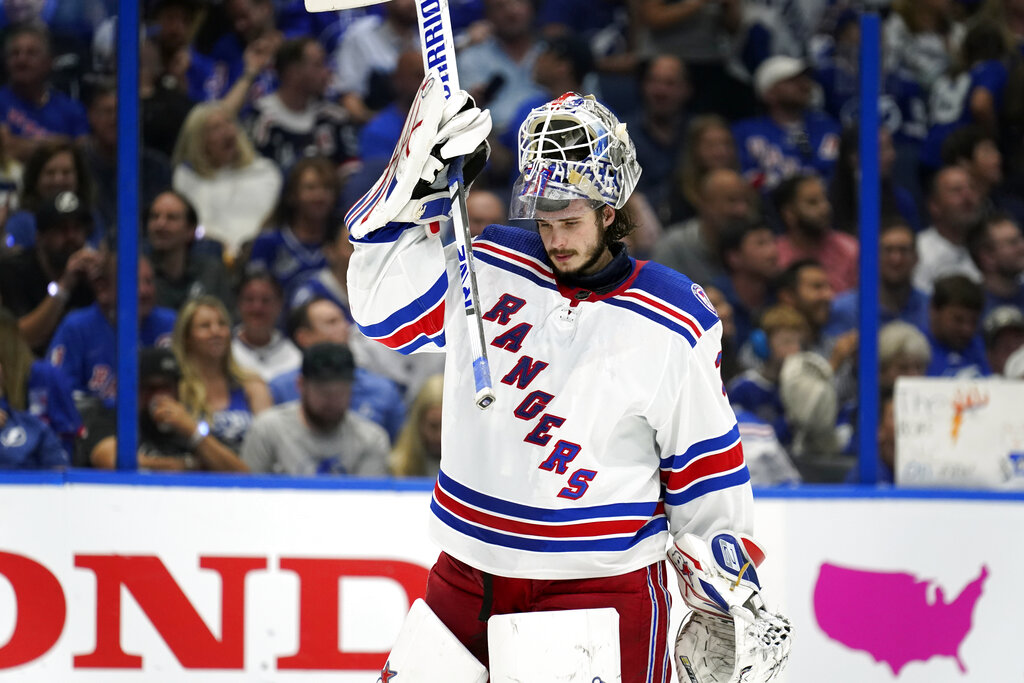 Kucherov took a pass from Ondrej Palat in the middle of the ice and skated in on goaltender Igor Shesterkin to give the two-time defending Stanley Cup champions a two-goal lead just over 13 minutes into the second period. Palat, Pat Maroon and Steven Stamkos also scored for the Lightning, who have rebounded from losing the first two games of the series on the road to keep their bid to become the first team in nearly 40 years to win three consecutive Stanley Cup titles alive. Game 5 is Thursday night at Madison Square Garden.