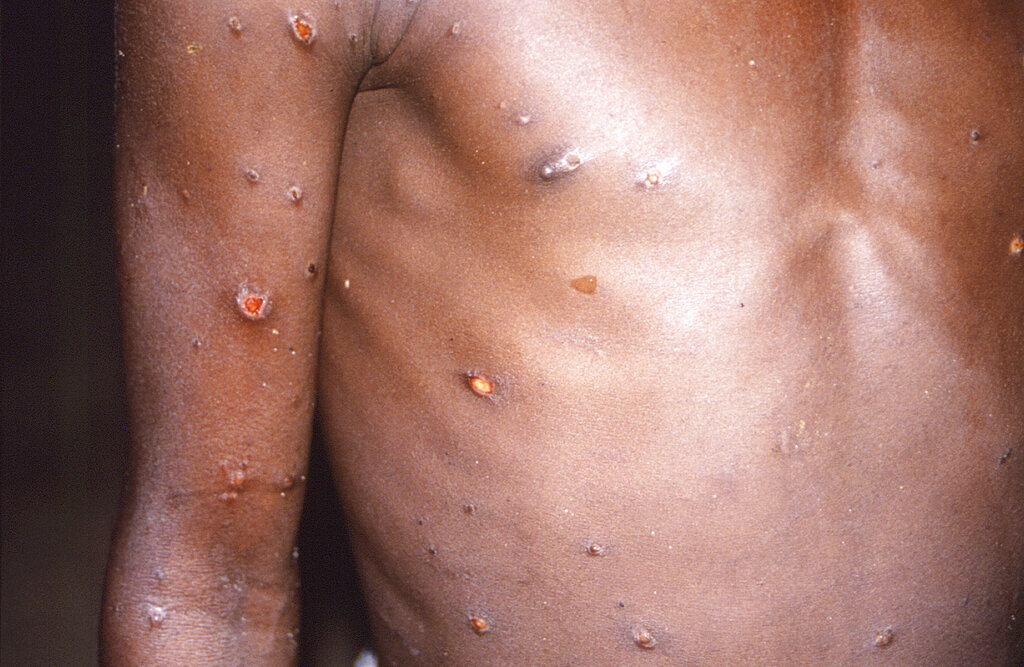 East Farmingdale, NY- Health Officials in New York say the monkeypox virus has spread outside of New York City. As of Tuesday, June 7th, New York State has nine confirmed cases of monkeypox, with eight in New York City and another case in Sullivan County.

According to The World Health Organization’s tally, Monkeypox has been reported in 27 countries including the United States, Canada, Mexico, Spain, Portugal and the United Kingdom. Kingdom..

Monkeypox is spread through direct contact to sores or prolonged exposure to respiratory droplets.

Photo: FILE – This 1997 image provided by U.S. Centers for Disease Control and Prevention shows the right arm and torso of a patient, whose skin displayed a number of lesions due to what had been an active case of monkeypox. (CDC via AP, File)