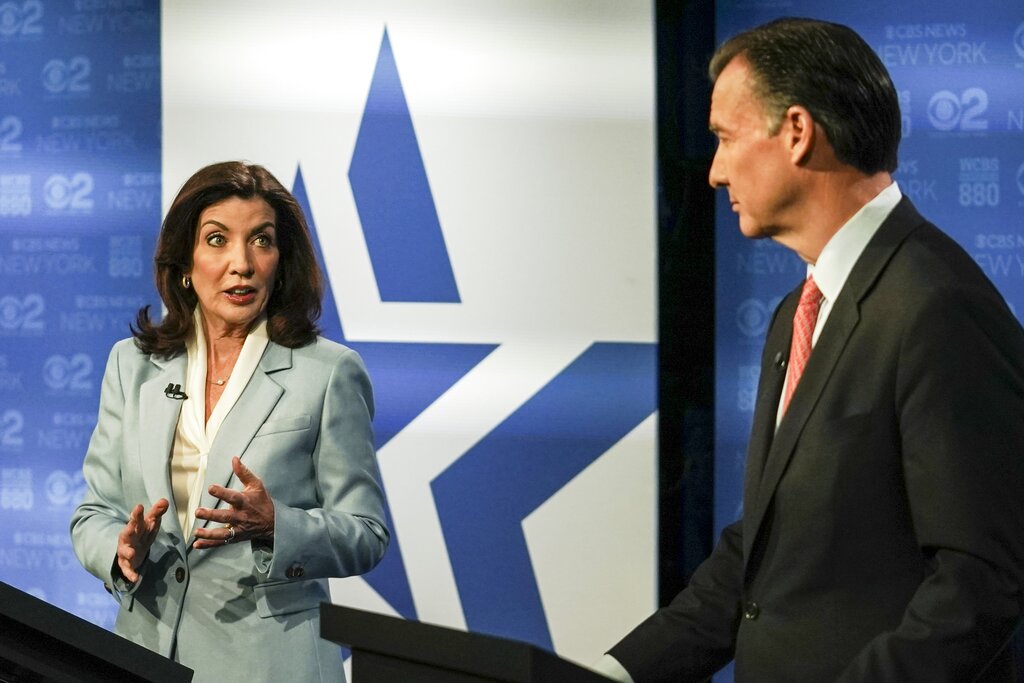 NEW YORK (AP) — The two Democrats challenging New York Gov. Kathy Hochul’s bid to keep her job criticized her Tuesday for her past backing from the National Rifle Association and the deal she reached to spend hundreds of millions of taxpayer money on a new stadium for the Buffalo Bills. Hochul, appearing in her first debate Tuesday night, defended the stadium deal and said she her positions on guns had evolved in the 10 years since she got a favorable rating from the NRA. She is being challenged by U.S. Rep. Tom Suozzi of Long Island and New York City’s elected Public Advocate Jumaane Williams.