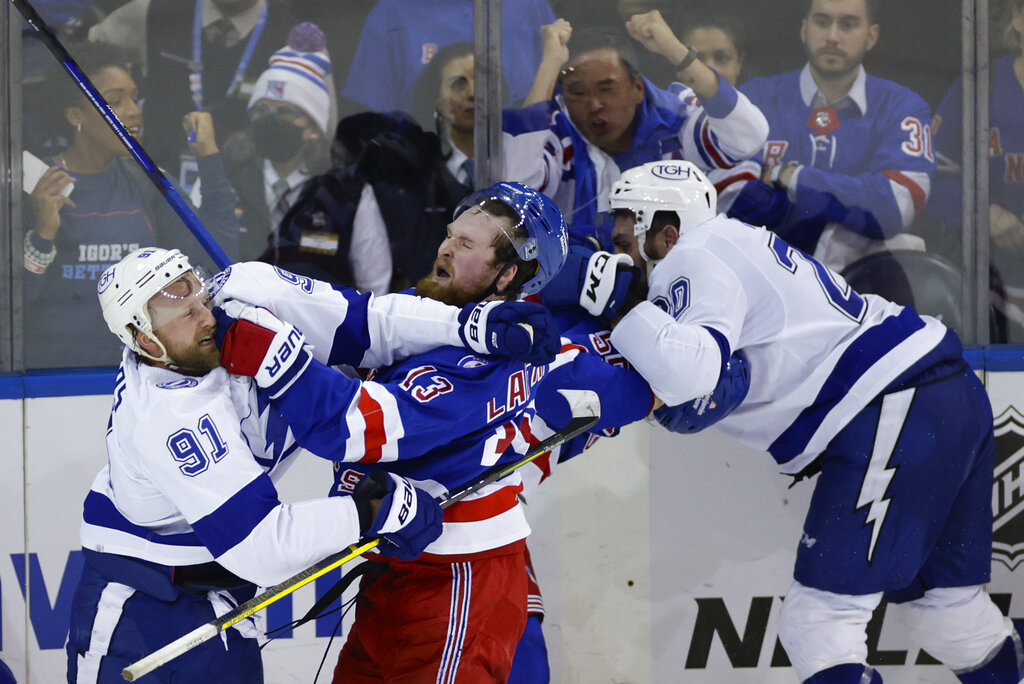 NEW YORK (AP) — Ondrej Palat scored his second goal of the game with 1:50 remaining to break a tie and lead the Tampa Bay Lightning to a 3-1 victory over the New York Rangers on Thursday night for a 3-2 lead in the Eastern Conference final.

Brandon Hagel added an empty-netter with 59 seconds to seal the two-time defending champioin Lightning’s third straight win, the first by a road team in this series.