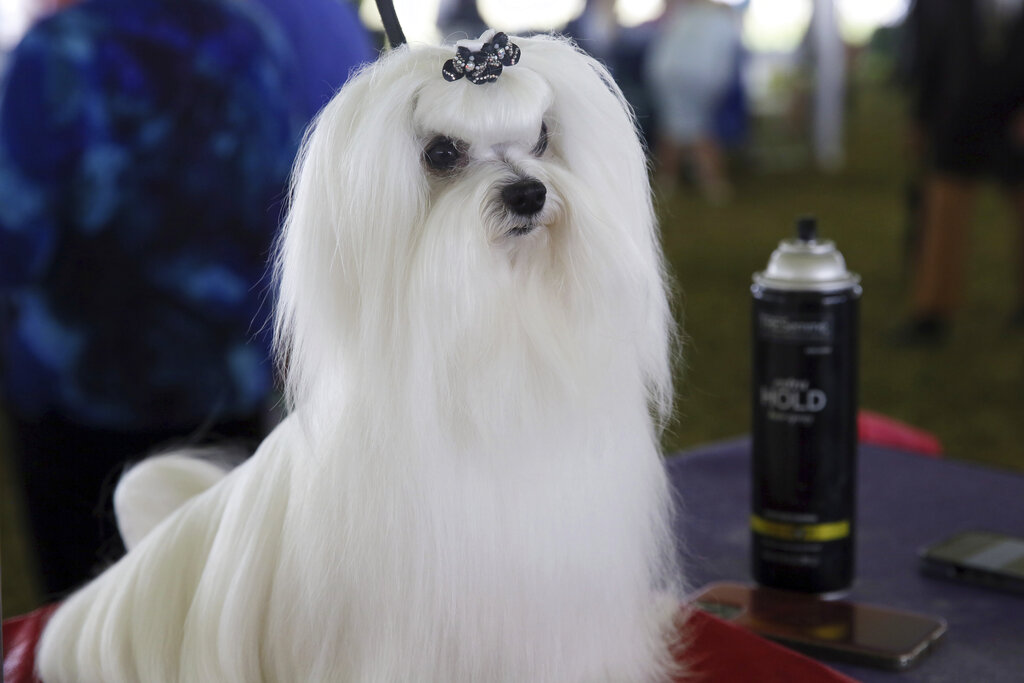 TARRYTOWN, N.Y. (AP) — A bloodhound, a French bulldog, a German shepherd and a Maltese have been chosen to advance to the final round of the Westminster Kennel Club dog show. Trumpet the bloodhound, Hollywood the Maltese, Winston the French bulldog and River the German shepherd were selected Tuesday night. One of Winston’s owners is NFL defensive lineman Morgan Fox, who was signed last month by the Los Angeles Chargers after six seasons with the Los Angeles Rams and Carolina Panthers. Three more finalists will be selected Wednesday night, when all seven will face off for the coveted best in show prize.