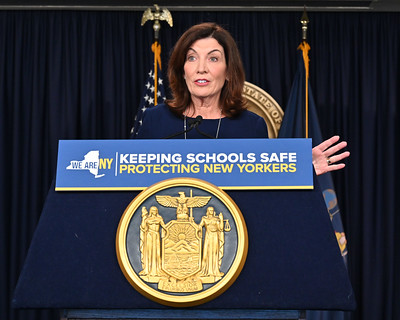 NEW YORK (AP) — New York’s Democratic leaders aim to preserve as many restrictions as possible on carrying a handgun in public after a U.S. Supreme Court decision Thursday struck down key portions of the state’s gun-licensing law. State and New York City officials are zeroing in on specifying “sensitive locations” where people cannot carry concealed weapons. Other options could include adding new conditions to get a handgun permit, such as requiring weapons training. State Republican Chairman Nick Langworthy says Democrats are trying to create fear and division over what he characterizes as legal gun owners’ rights to protect themselves and their families.