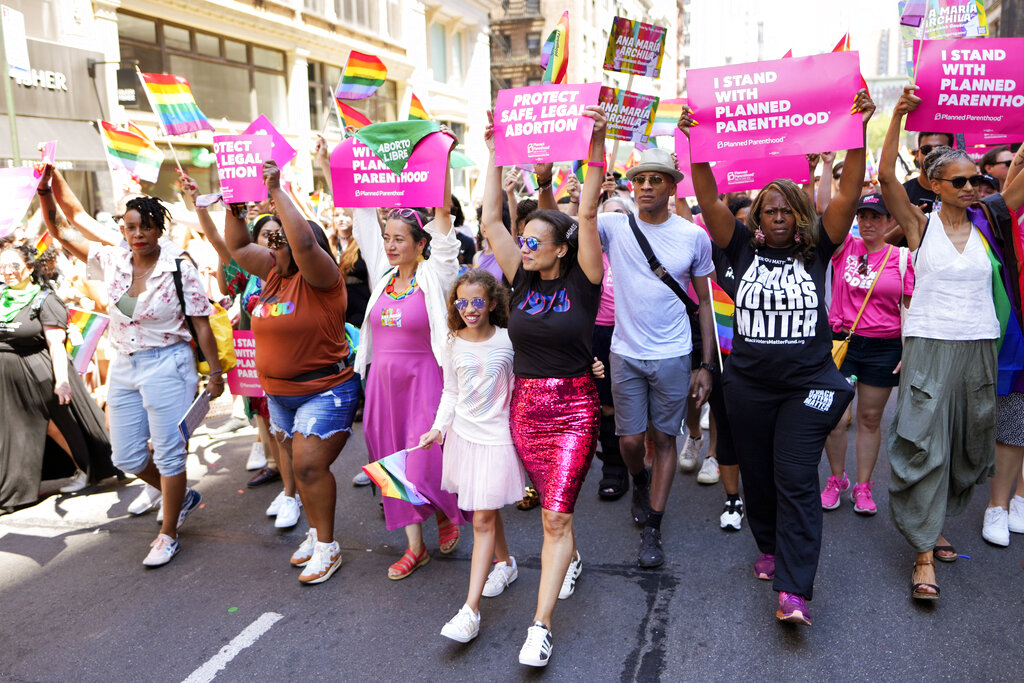 NEW YORK (AP) — Pride parades kicked off in some of America’s biggest cities Sunday amid new fears about the potential erosion of freedoms won through decades of activism. The annual marches in New York, San Francisco, Chicago and elsewhere take place after at least one Supreme Court justice signaled, in a ruling on abortion, that the court could reconsider the right to same-sex marriage recognized in 2015. That warning shot came after a year of legislative defeats for the LGBTQ community, including the passage of laws in some states limiting the discussion of sexual orientation or gender identity with children.