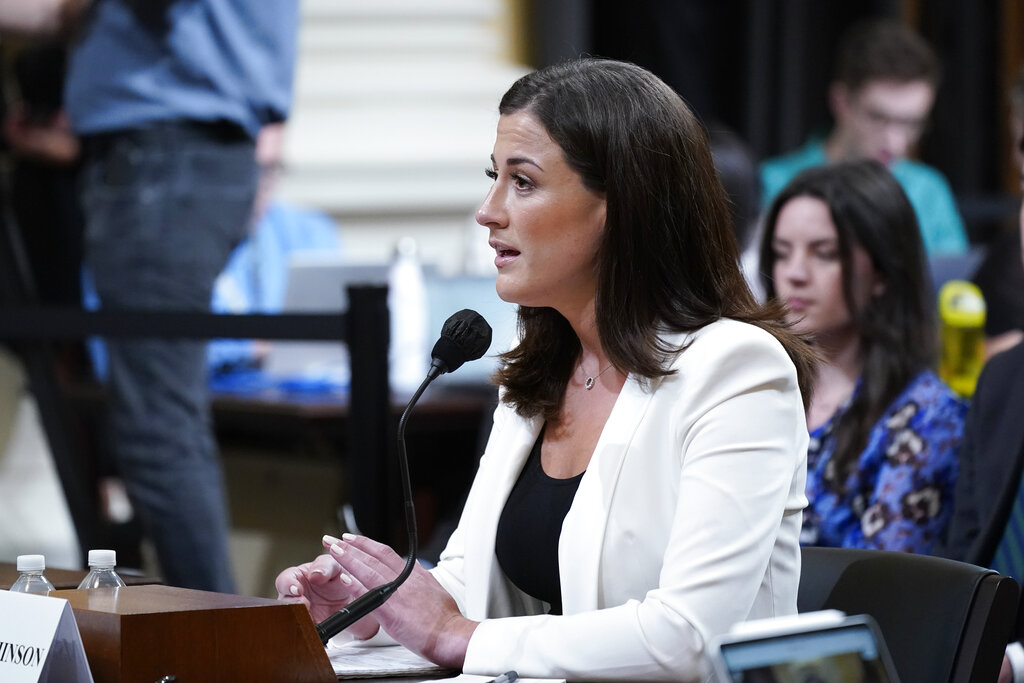 WASHINGTON (AP) — The latest testimony about the events surrounding the Jan. 6 attack on the U.S. Capitol has Donald Trump rebuffing his own security’s warnings about armed protesters in the crowd gathering for a rally near the White House. A former White House aide also tells the House committee investigating the attack that Trump desperately attempted to join his supporters as they marched to the Capitol. In her testimony Tuesday, Cassidy Hutchinson described an angry, defiant president who grabbed at the steering wheel of the presidential SUV when the Secret Service refused to allow him go to the Capitol. Trump has dismissed her as “a total phony.”