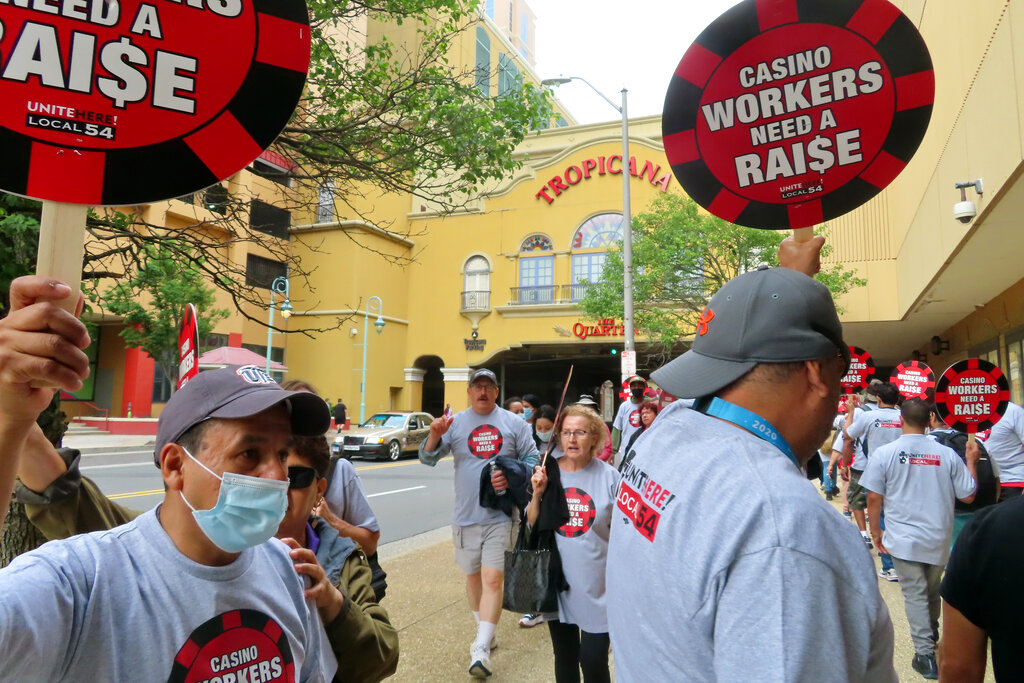 ATLANTIC CITY, N.J. (AP) — The main union for Atlantic City casino workers has reached agreements on new contracts with four casinos, avoiding a threatened strike. Thursday’s deal provides what the union president calls “the best contract we’ve ever had.” It also provides labor peace that will avoid a strike on Fourth of July weekend, one of the casinos’ busiest weekends of the year. Local 54 of the Unite Here union reached tentative agreements with the Borgata, which is owned by MGM Resorts International, and three Caesars Entertainment casinos: Caesars, Harrah’s and the Tropicana. The new pacts appear to greatly increase the likelihood of a deal getting done with Hard Rock as well.