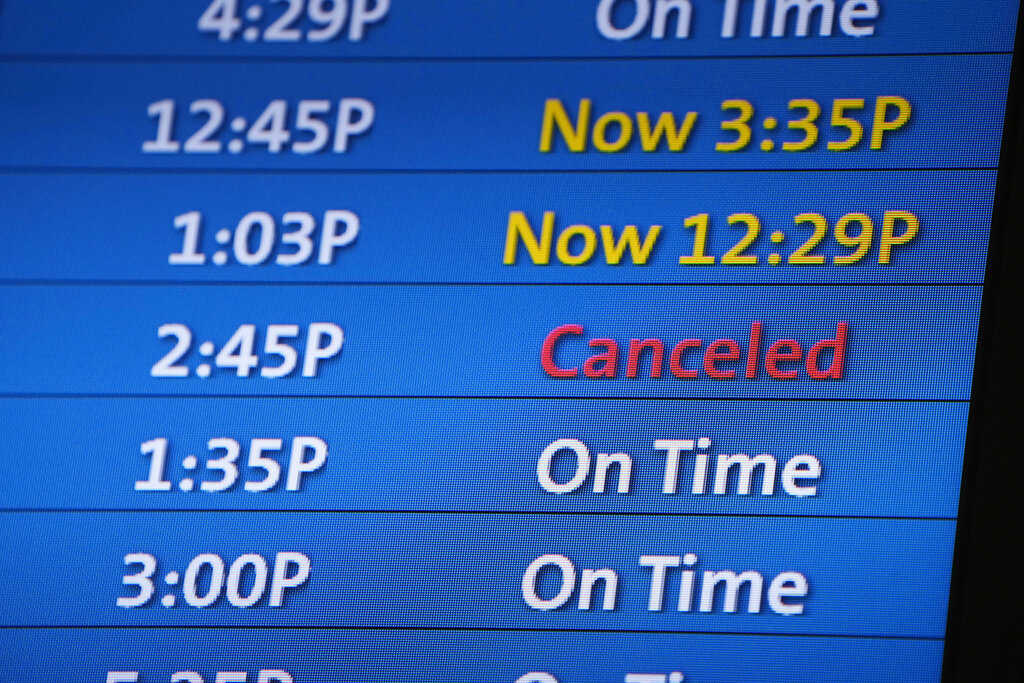 DALLAS (AP) — The number of U.S. flights being canceled is slowing down, but plenty of travelers are facing long delays as they try to get home from trips over the July Fourth holiday weekend. By late Monday afternoon on the East Coast, more than 2,200 U.S. flights had been delayed and more than 200 were canceled, according to FlightAware. The good news is, that’s fewer delays and cancellations than we’ve seen in recent days. Industry experts say airlines are struggling because demand for travel has recovered from the bottom of the pandemic faster than anyone expected. That’s causing airports to be almost as crowded as they were in 2019, before the pandemic.