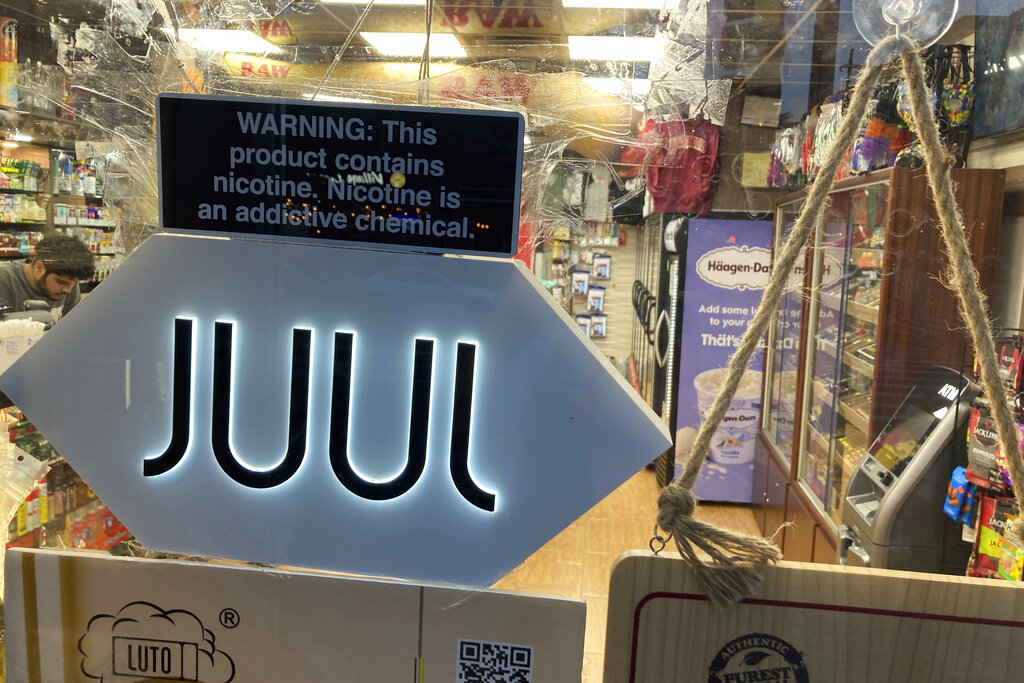 WASHINGTON (AP) — The Food and Drug Administration has issued an administrative stay on the order it issued last month for vaping company Juul to pull its electronic cigarettes from the market. The agency says the stay temporarily suspends the marketing denial order while it conducts further review, but does not rescind it. The FDA issued the initial order banning Juul sales on June 23. A day later, a federal appeals court temporarily blocked the government ban. The initial FDA action was part of a sweeping effort by the agency to bring scientific scrutiny to the multibillion-dollar vaping industry after years of regulatory delays.