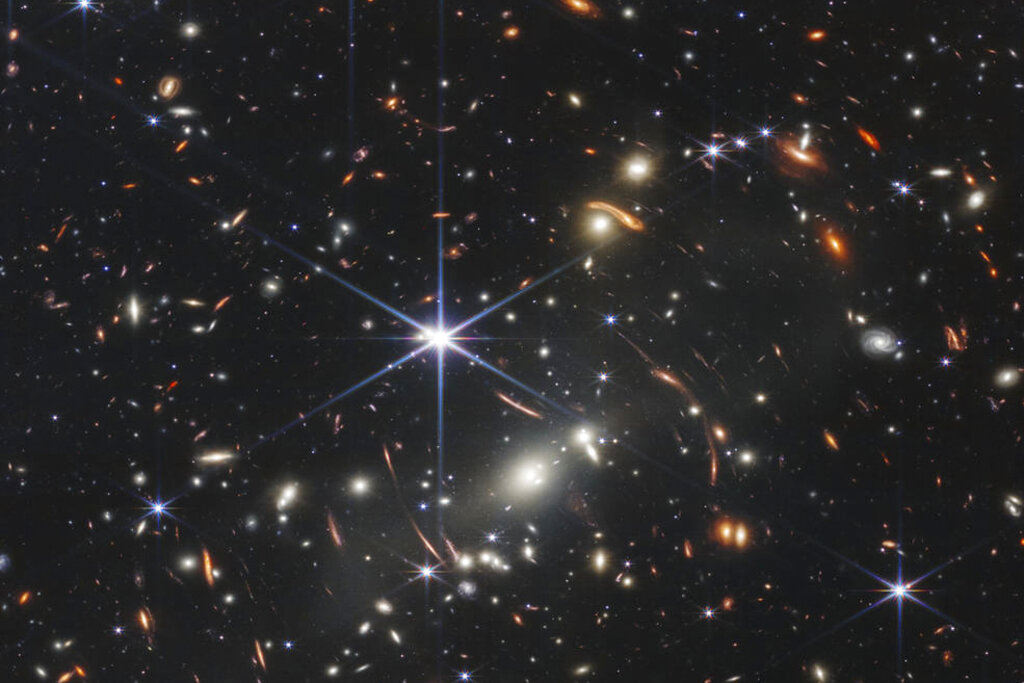 (AP)- The first image from NASA’s new space telescope is the deepest view of the universe ever captured. The image from the James Webb Space Telescope was unveiled at the White House on Monday. The picture is the farthest humanity has ever seen in both time and distance, closer to the dawn of time and the edge of the universe. The world’s biggest and most powerful space telescope launched last December. It reached its lookout point 1 million miles from Earth in January. On Tuesday, four more galactic beauty shots will be released from the telescope’s initial outward gazes.