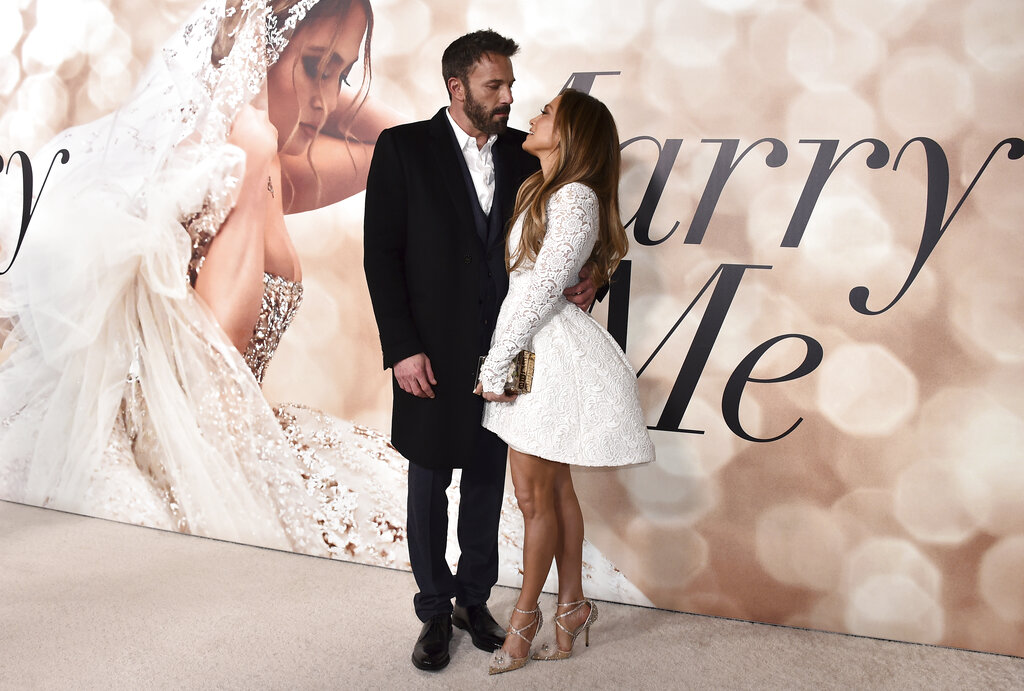 NEW YORK (AP) — After a two-decade, on-again, off-again romance, Ben Affleck and Jennifer Lopez finally “have papers” on each other. The celebrity pair got married over the weekend in Las Vegas. Lopez announced the news in an online newsletter for her fans yesterday. Lopez, who will now use the name Jennifer Lynn Affleck, says they flew to Vegas on Saturday and waited in line with four other couples to say their “I do’s” just after midnight at a wedding chapel featuring a drive-thru tunnel-of-love. Affleck and Lopez began dating in the early 2000s and even got engaged before breaking up. They rekindled their romance last year — and Lopez announced they were engaged in April.