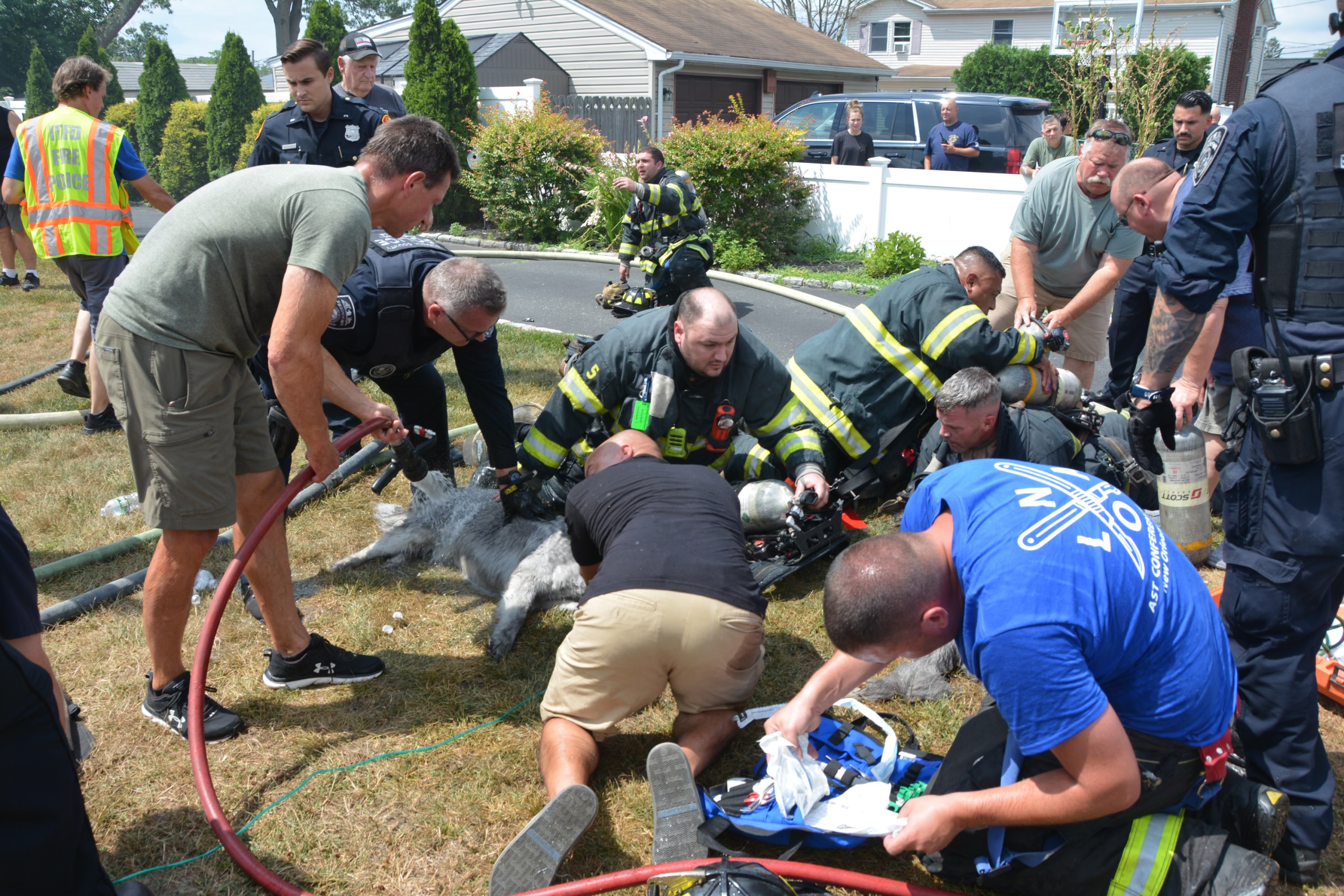 Islip Terrace, NY- A woman and her three dogs were rescued Sunday morning from a house fire in Islip Terrace. Officials say a 19-year-old woman was trapped inside a basement apartment at 4 Cleveland Street when fire crews arrived. Police say firefighters broke a basement window to rescue the woman who was then transported to a nearby hospital with non-life threatening injuries. All three of the victims dogs were rescued and all are expected to survive.

Arson Section detectives are investigating the cause of the fire.