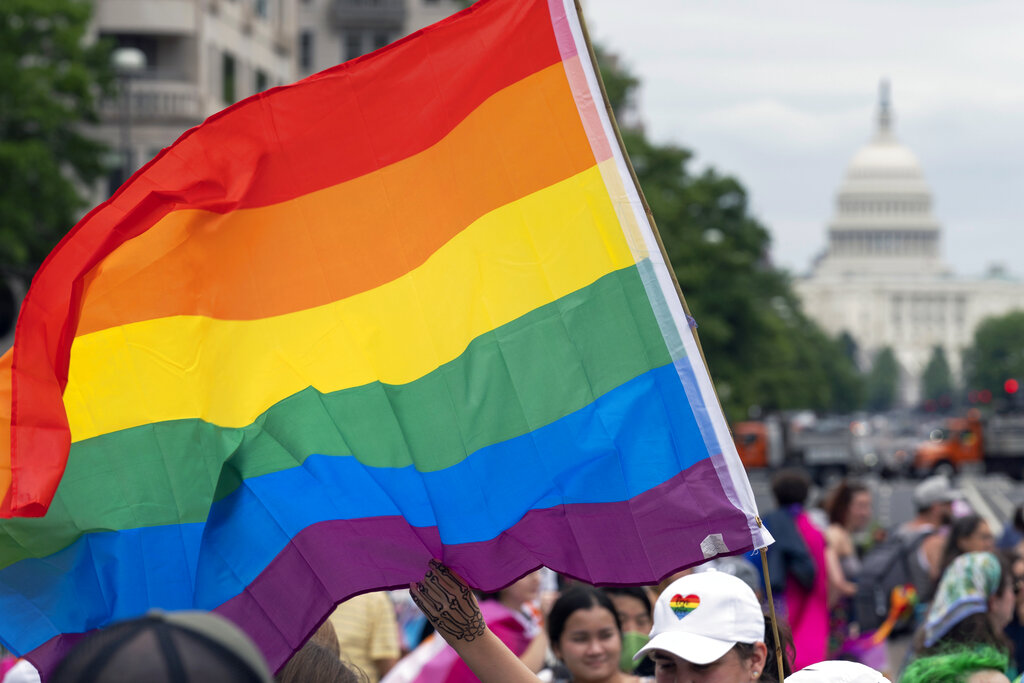 WASHINGTON (AP) — The House has overwhelmingly approved a bill tp protect same-sex and interracial marriages. Tuesday’s vote stands as a direct confrontation with the Supreme Court, whose conservative majority in overturning Roe v. Wade abortion access signaled that other rights may be in jeopardy. While the Respect for Marriage Act easily passed the House, it is almost certain to stall in the Senate, where most Republicans would surely block it. But it’s part of a political strategy setting up an election-year roll call that will force all lawmakers to go on the record with their views. Dozens of Republicans joined in passage.