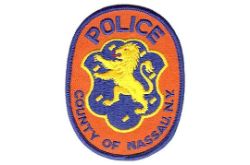 Merrick, NY- Nassau County Arson Bomb Squad are reporting details this morning about a fire that broke out Wednesday night inside a Merrick restaurant and spread to nearby businesses.  Officials say the fire started just before midnight inside Fuji Seoul Restaurant on Merrick Avenue and spread to five other businesses. The Roosevelt, Wantagh and Freeport fire departments responded to the scene and say one firefighter suffered a minor injury. The cause of the fire has been deemed non suspicious.