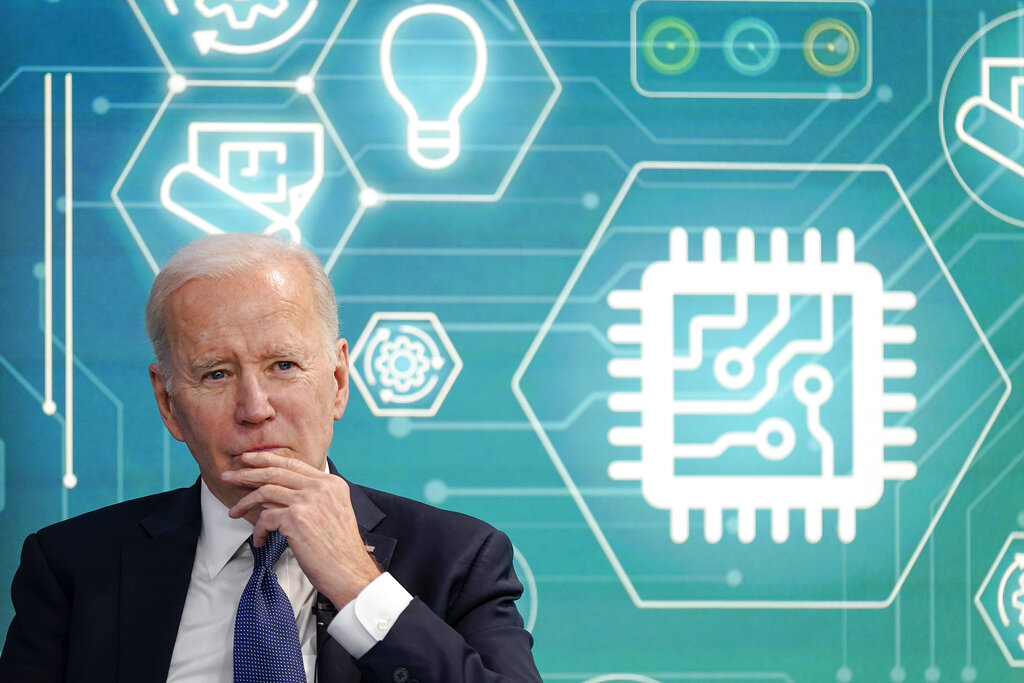 WASHINGTON (AP) — Calling semiconductors “the building blocks for the modern economy,” President Joe Biden has asked Congress to move quickly on a bipartisan bill to boost the computer chips industry and high-tech research in the U.S. The Senate was on the verge of taking a vote last night. But Majority Leader Chuck Schumer said storms on the East Coast disrupted travel plans for some lawmakers. The vote is now expected today. The bill needs support from at least 60 senators to put it on the path to final passage this week. Biden has said the semiconductor measure is needed to protect national security — and to help the U.S. better compete with China.