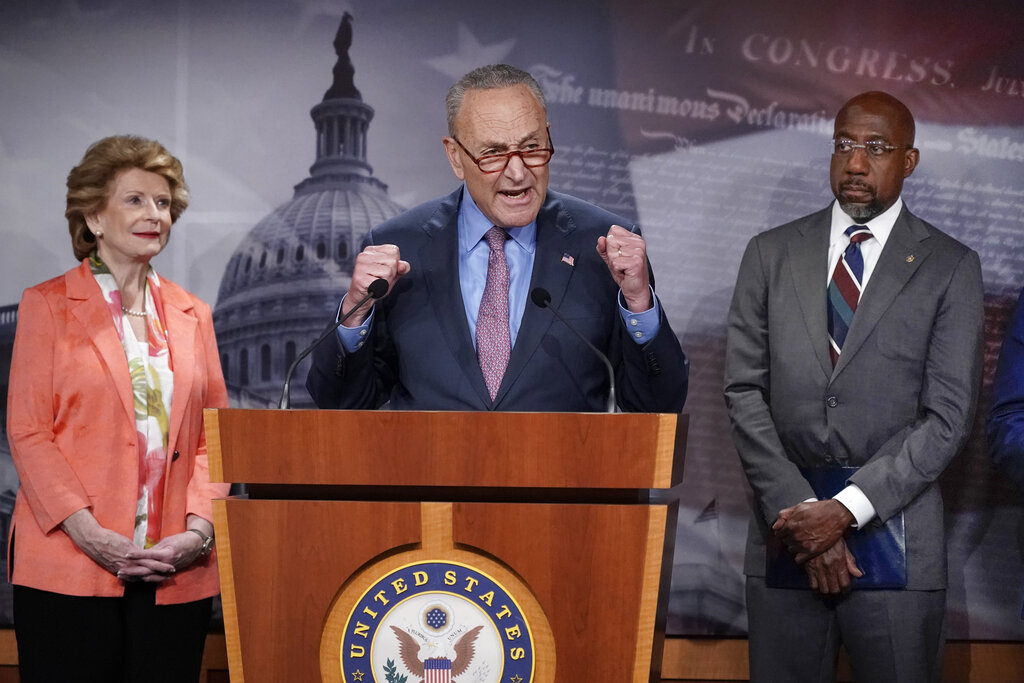 WASHINGTON (AP) — The Senate has advanced a $280 billion bill designed to boost the U.S. semiconductor industry and accelerate high-tech research. Backers of the measure say it will be critical to the economy in coming decades. The legislation is now on a glidepath to final passage in the Senate, and the House is expected to take up the package this week. Industry leaders say government subsidies are necessary to compete with other nations that are spending billions of dollars to lure semiconductor manufacturers. Senate Majority Leader Chuck Schumer tells The Associated Press that without the federal funding, the U.S. economy will fade and the prospects of good-paying jobs in America will shrink.