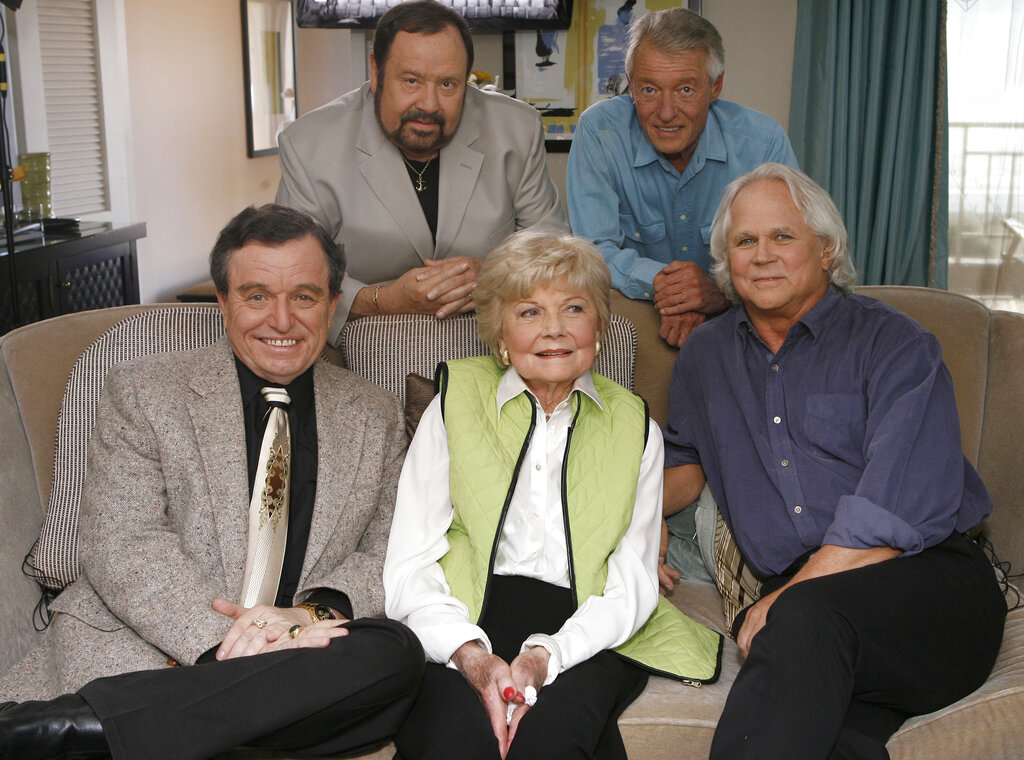 (AP) — The man who played big brother to the title character in the old-school sitcom “Leave It to Beaver” has died. Tony Dow died yesterday at age 77. His death was announced by a rep and by his family a day after a mistaken announcement was released saying he had died. No cause of death was given, but Dow had been in hospice care after announcing in May that he had been diagnosed with prostate and bladder cancer. “Leave It to Beaver” was one of the classic sitcoms back in the black-and-white days of TV. Dow starred as Wally, brother to Beaver, played by Jerry Mathers. He’d often end up bailing out his kid brother, even if it meant shielding him from his parents’ ire or standing up for him with his own peers.

Photo: FILE – Seated from left, Jerry Mathers, Barbara Billingsley and Tony Dow, and, standing from left, Frank Bank and Ken Osmond, pose for a photo as they are reunited to celebrate the 50th anniversary of the television show, “Leave it to Beaver,” in Santa Monica, Calif., Sept. 27, 2007. Dow has died at age 77. Frank Bilotta, who represented Dow in his work as a sculptor, confirmed his death in an email to The Associated Press on Wednesday, July 27, 2022. (AP Photo/Damian Dovarganes, File)