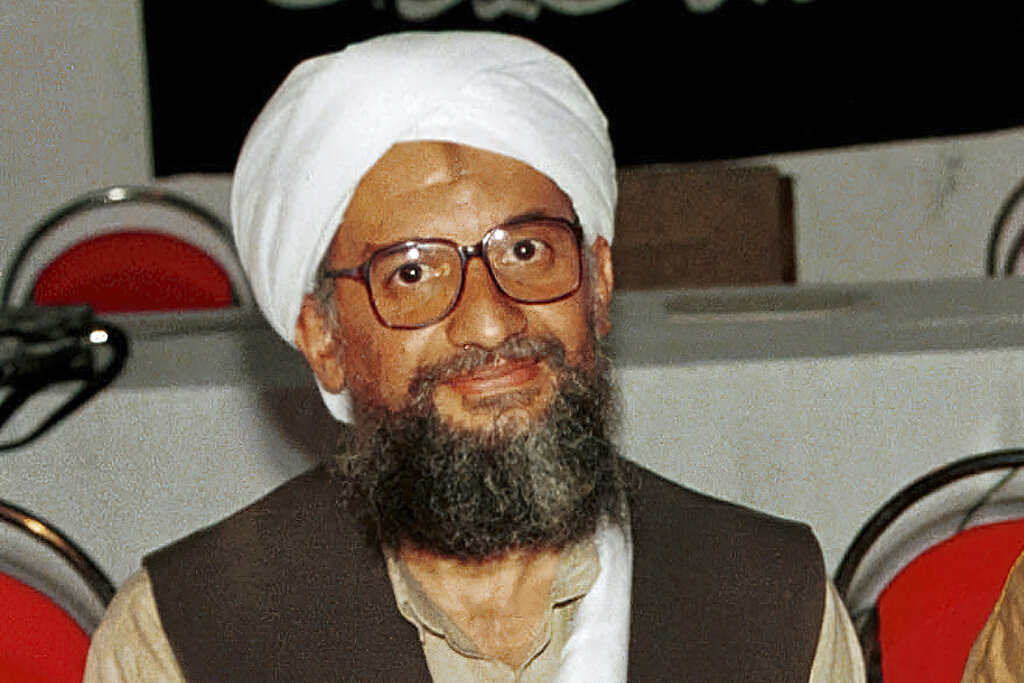 WASHINGTON (AP) — President Joe Biden has announced that al-Qaida leader Ayman al-Zawahri was killed in a U.S. drone strike in Kabul. Biden is hailing the operation as delivering “justice” while expressing hope that it brings “one more measure of closure” to families of the victims of the Sept. 11, 2001, attacks on the United States. The president said in a Monday evening address from the White House that U.S. intelligence officials tracked al-Zawahri to a home in downtown Kabul where he was hiding out with his family. The president approved the operation last week and it was carried out Sunday. Al-Zawahri and Osama bin Laden plotted the 9/11 attacks.

Photo: FILE – In this 1998 file photo made available on March 19, 2004, Ayman al-Zawahri poses for a photograph in Khost, Afghanistan. Al-Zawahri, the top al-Qaida leader, was killed by the U.S. over the weekend in Afghanistan. President Joe Biden is scheduled to speak about the operation on Monday night, Aug. 1, 2022, from the White House in Washington. (AP Photo/Mazhar Ali Khan, File)