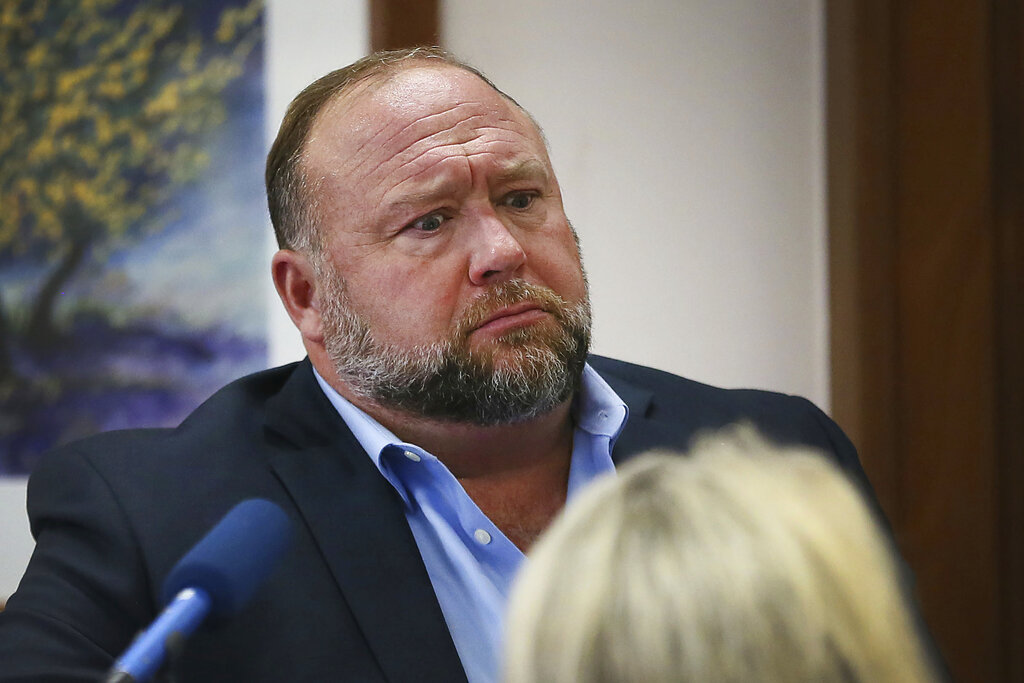 (AP) — Conspiracy theorist Alex Jones says he now understands he was irresponsible to declare the Sandy Hook Elementary School massacre a hoax, and he now believes it was “100% real.” The jury in Austin, Texas, began deliberating Wednesday how much the conspiracy theorist and Infowars host owes the parents of one of the children who were killed in the 2012 attack in Newtown, Connecticut. Testimony wrapped up with Jones telling the jurors that any compensation above $2 million would sink his Texas-based company. Jones also acknowledged that he was wrong to push false claims that the massacre didn’t happen. The parents suing Jones testified Tuesday that an apology wouldn’t suffice and that Jones must be held accountable. They are seeking at least $150 million.