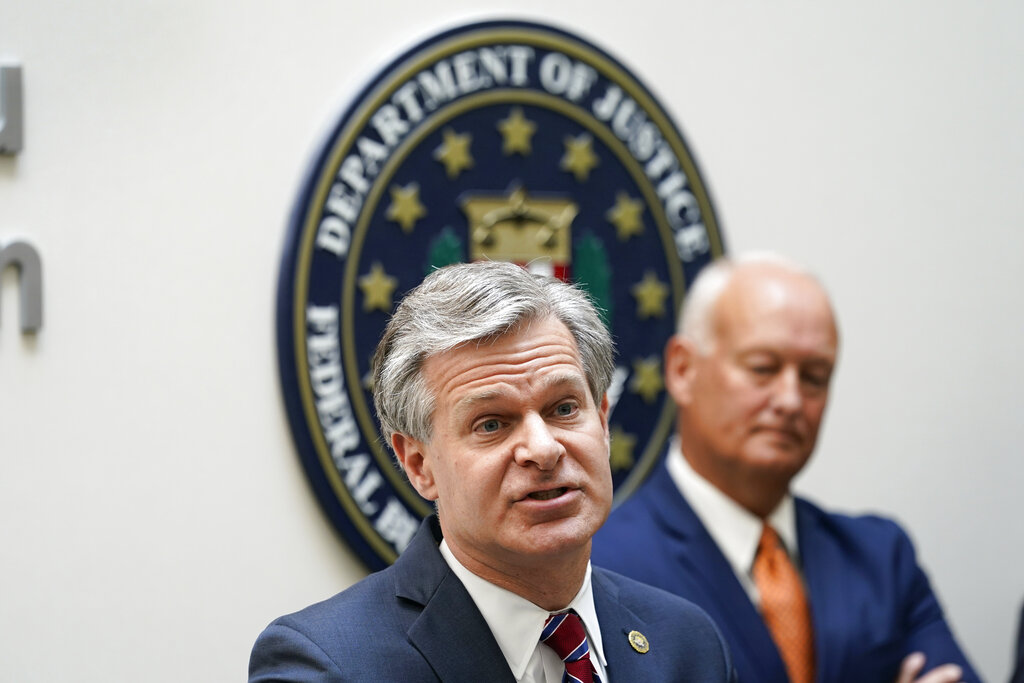 (AP) — The director of the FBI has strong words for supporters of former President Donald Trump who have been using violent rhetoric after his agency’s search of Trump’s Mar-a-Lago home. Christopher Wray, who was appointed as FBI director in 2017 by Trump, calls online threats against federal agents and the Justice Department “deplorable and dangerous.” Wray made the comments during a field visit to the agency’s office in Omaha, Nebraska — and declined to answer questions about the raid of Trump’s home on Monday.