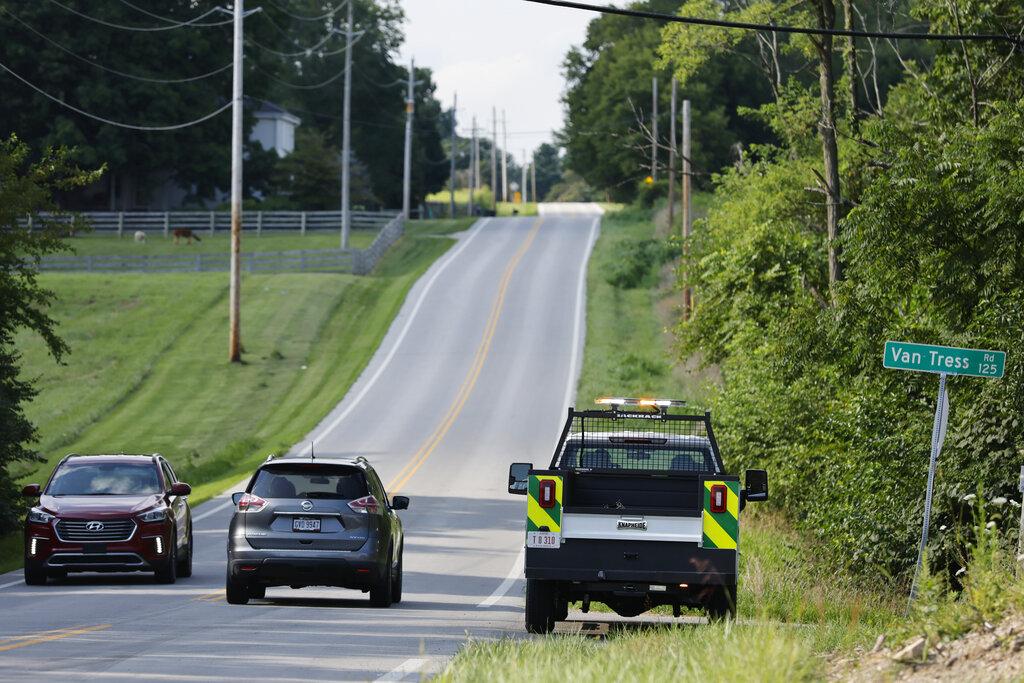 WILMINGTON, Ohio (AP) — Authorities are investigating the motives of an armed man who they say tried to breach the FBI’s Cincinnati office, fled, and was shot and died hours later in a rural standoff with law enforcement. The case Thursday unfolded as the FBI warns its agents to take extra precautions amid an increase in social media threats to bureau personnel and facilities following a search of former President Donald Trump’s Mar-a-Lago estate in Florida. A law enforcement official briefed on the Cincinnati matter says federal investigators are examining whether the suspect in that case, identified as 42-year-old Ricky Shiffer, may have had ties to far-right extremist groups, including the Proud Boys.

Photo: Clinton County employees sit in their vehicles blocking the road that leads to the scene where an armed man was shot and killed by police after breaching the FBI’s Cincinnati field office Thursday, Aug. 11, 2022, in Wilmington, Ohio. (AP Photo/Jay LaPrete)