Home » Blog Index » News » Poll: Many in US doubt their own impact on climate 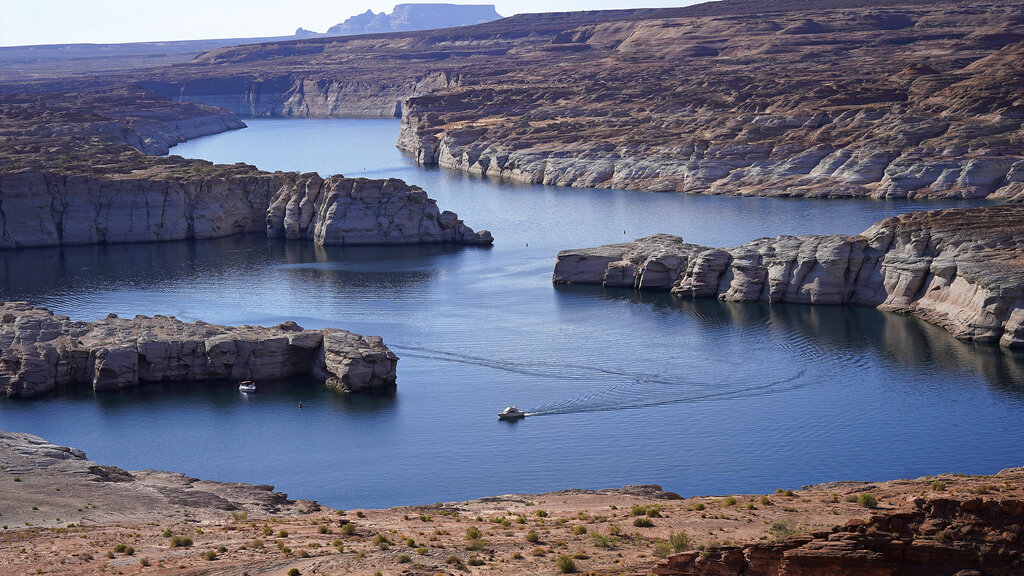 (AP) — Americans are less concerned now about how climate change might impact them personally — and about how their personal choices affect the climate than they were three years ago. That’s according to a June poll from The Associated Press-NORC Center for Public Affairs Research that shows a wide majority still believe climate change is happening. Many climate scientists told the Associated Press that those shifts are concerning but not surprising given that individuals are feeling overwhelmed by a range of issues, which now include an economy plagued by inflation after more than two years of a pandemic. In addition to being outpaced by other issues, climate change or the environment are mentioned as priorities by fewer Americans now than just a few years ago, according to the poll.

Photo: A boat cruises along Lake Powell near Page, Ariz., on July 31, 2021. Seven states in the U.S. West are facing a deadline from the federal government to come up with a plan to use substantially less Colorado River water in 2023. The U.S. Bureau of Reclamation is expected to publish hydrology projections on Tuesday, Aug. 16, 2022, that will trigger agreed-upon cuts to states that rely on the river. Prolonged drought, climate change and overuse are jeopardizing the water supply that more than 40 million people rely on. (AP Photo/Rick Bowmer, File)