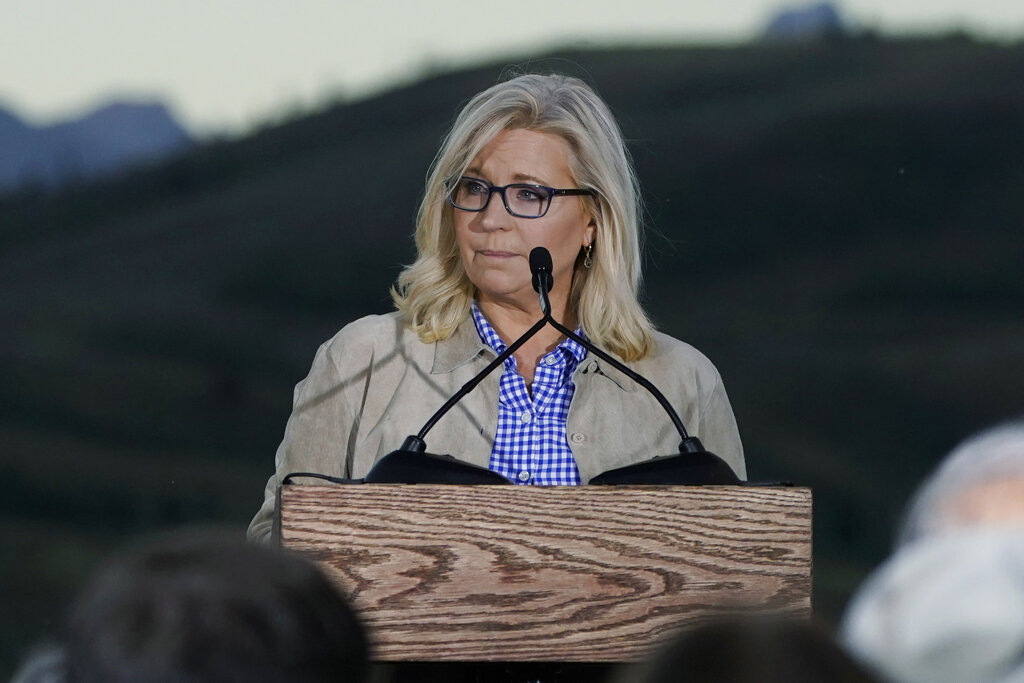 CHEYENNE, Wyo. (AP) — Wyoming Rep. Liz Cheney, Donald Trump’s fiercest Republican adversary in Congress, has been defeated in a GOP primary. She fell Tuesday to Harriet Hageman, a rival backed by the former president, in a rout that reinforced his grip on the party’s base. Cheney is describing her loss as the beginning of a new chapter, telling supporters that “our work is far from over.” She says she “will do whatever it takes to ensure Donald Trump is never again anywhere near the Oval Office.” Cheney’s political future beyond Capitol Hill could include a 2024 presidential run, potentially putting her on another collision course with Trump.