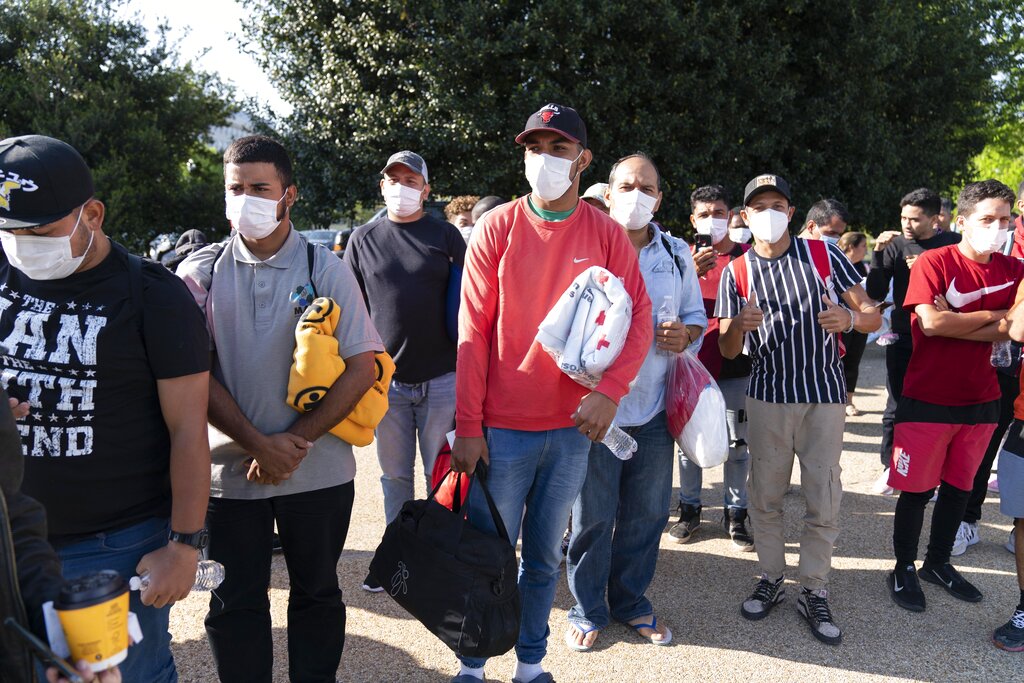 NEW YORK (AP) — Thousands of asylum seekers from across Latin America and the Caribbean are getting caught in the political battle over U.S. immigration policy after two Republican governors started sending busloads of migrants to New York City and Washington. Border cities such as San Diego have long wrestled with influxes of asylum-seekers and created well-oiled machines to respond. But the nation’s largest city and its capital were caught flat-footed. That created an opening for Greg Abbott of Texas and Doug Ducey of Arizona. Nearly 8,000 migrants have arrived on the state-sponsored bus trips, straining the resources and humanitarian services of both cities, which have also sought assistance from the federal government.