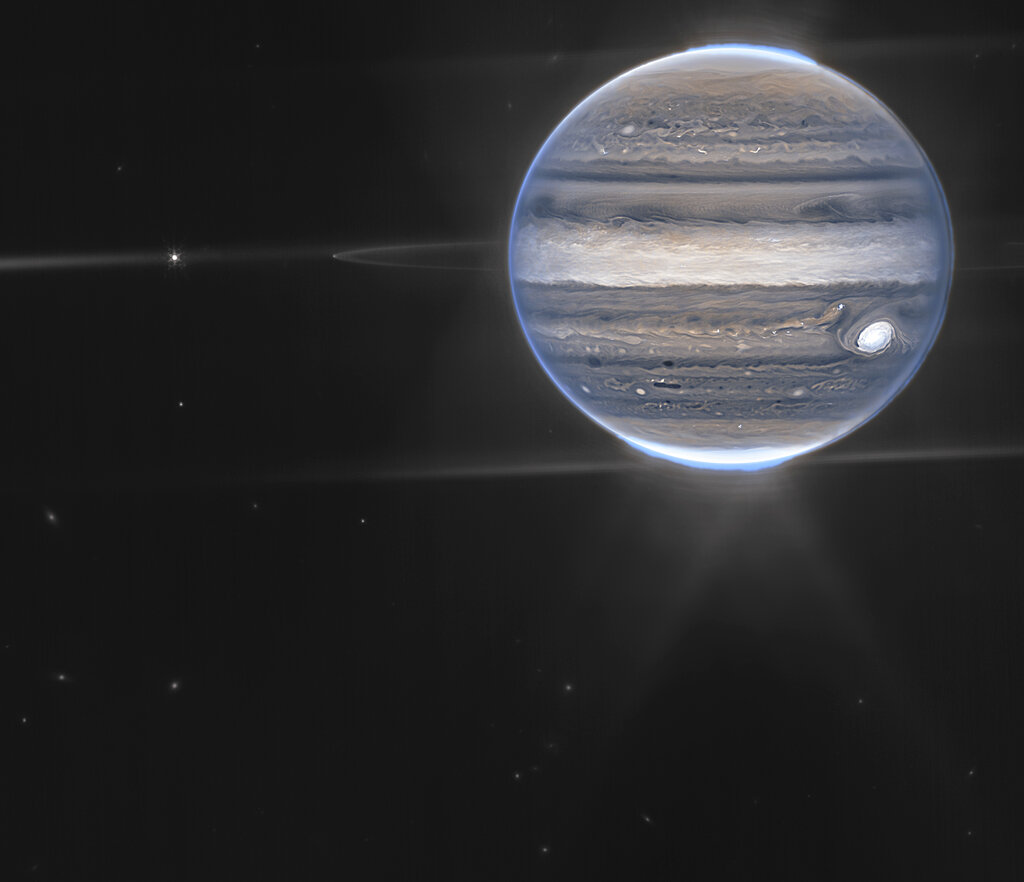 (AP) – The world’s newest and most powerful space telescope is showing Jupiter as never before, auroras and all. Scientists released new images of the solar system’s biggest planet Monday. The Webb Space Telescope took the photos in July, capturing unprecedented views of Jupiter’s northern and southern lights. One wide-field picture also shows the faint rings around the planet, as well as two small moons with galaxies in the background. Astronomers say they didn’t expect such good pictures. NASA and the European Space Agency launched the space telescope at the end of last year. NASA has been observing the cosmos in the infrared since summer.

Photo: This image provided by NASA shows a false color composite image of Jupiter obtained by the James Webb Space Telescope on July 27, 2022. The planet’s rings and some of its small satellites are visible along with background galaxies. (NASA via AP)