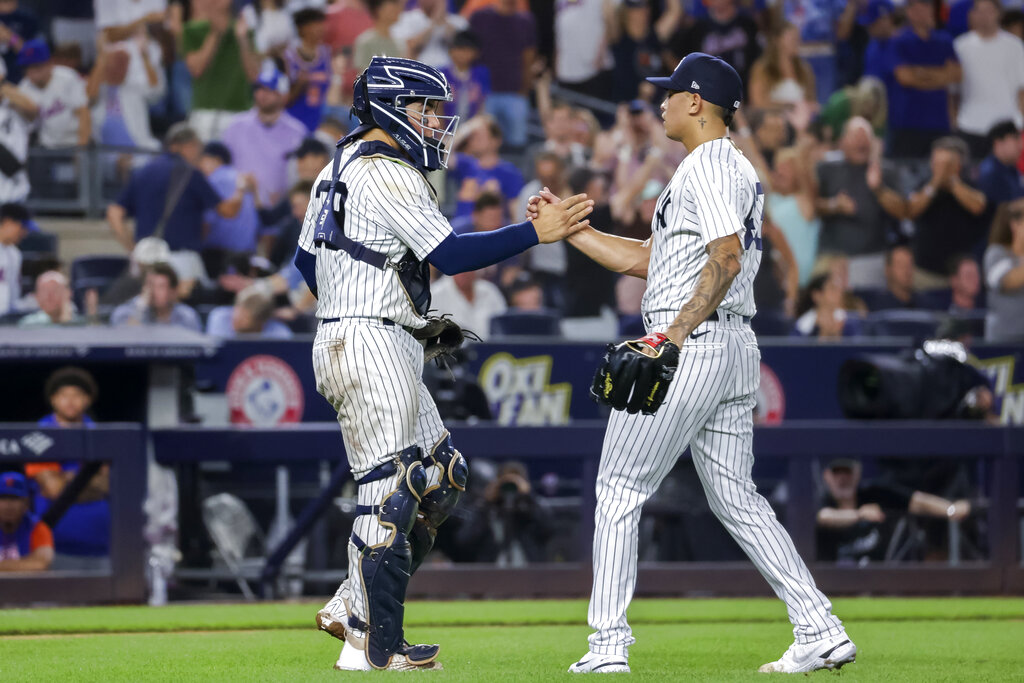 NEW YORK (AP) — Aaron Judge connected off Max Scherzer for his major league-leading 47th home run, Andrew Benintendi drove in two runs and the New York Yankees withstood a botched popup by rookie Oswaldo Cabrera to beat the Mets 4-2 for their first Subway Series win this season. The Yankees, in a historic skid with 14 losses in 18 games coming into the game in the Bronx, built a 3-0 lead on DJ LeMahieu’s first-inning sacrifice fly, Judge’s home run in the second and doubles by Isiah Kiner-Falefa and Benintendi in the fifth. The Yankees ensured they would end a streak of six straight series losses.